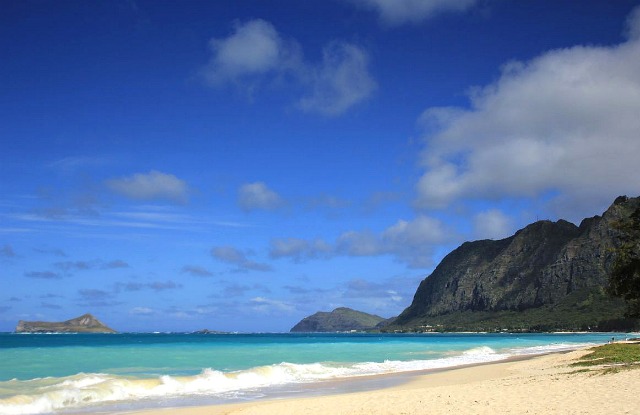 When it comes to beautiful beaches, you’d be hard pressed to find a destination that’s more abundant in them than Oahu, Hawaii’s most populated island. More than 125 beaches call Oahu’s 112 miles of coastline home. Of course, there’s the famous Waikiki Beach, as well as the legendary North Shore, but there’s so much more in between.

In June, we spent three weeks WWOOFing on an organic aquaponics farm on Oahu’s windward (east) side. During our long lunch breaks and our days off, we spent many hours exploring the surrounding beaches.

Here are five of our favorite unique beaches of eastern Oahu: 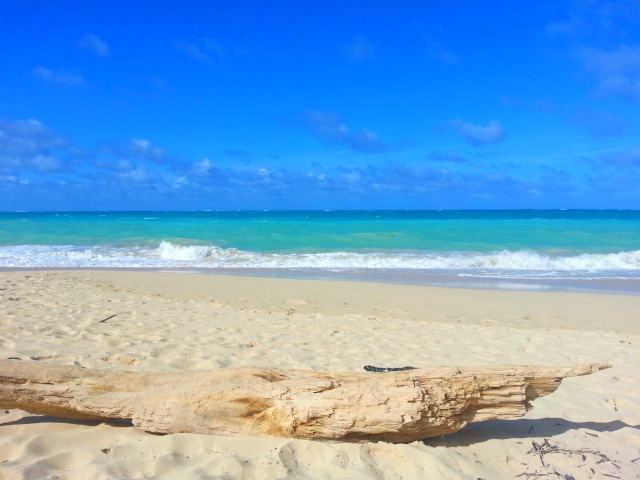 Our first day of work on the farm was spent getting a lay of the land and shoveling shit — literally (we had to turn a huge pile of compost).

So when it was time to our mid-day break after lunch, we were very excited about the prospect of checking out the local beach. Both of our jaws dropped when we saw the turquoise and azure-hued water, felt the soft sand on our feet, and marveled at the lush mountains surrounding us.

The best part about Waimanalo Beach is that its 5 miles of sand is typically very sparsely populated by tourists. You’re much more likely to run into some locals, and perhaps an Asian couple getting married.

One note of caution: It isn’t uncommon to find Portuguese man o’ war in the waters of Waimanalo (and the windward side, in general). These little suckers’ tentacles can be as long as 10 ft. and will sting you even after they’re long dead. It’s best to walk about 50 yards each way on the beach before dipping into the water. If you see them washed up on the beach, that means they’re also in the water. 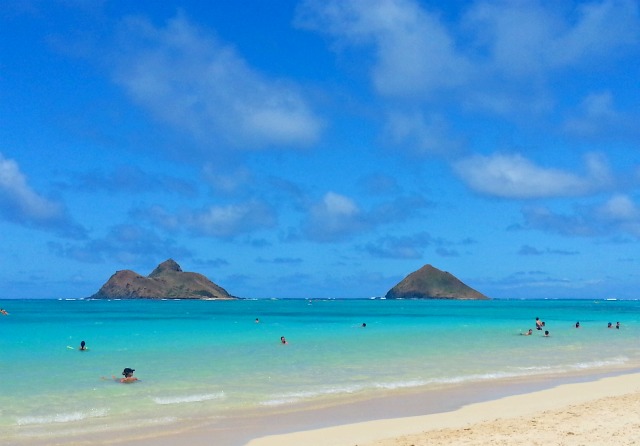 The waters of Lanikai Beach are as calm as a meditating Buddhist monk — in other words, super fucking calm — thanks to the offshore reef that regulates the waves to near nonexistence (and also keeps those pesky man o’ war out).

The calmness of the water, however, is juxtaposed with the human activity of this bustling white-sand beach nestled in the middle of a residential neighborhood. As a result, parking, which is limited to the surrounding side streets, can be quite difficult to find on weekends. 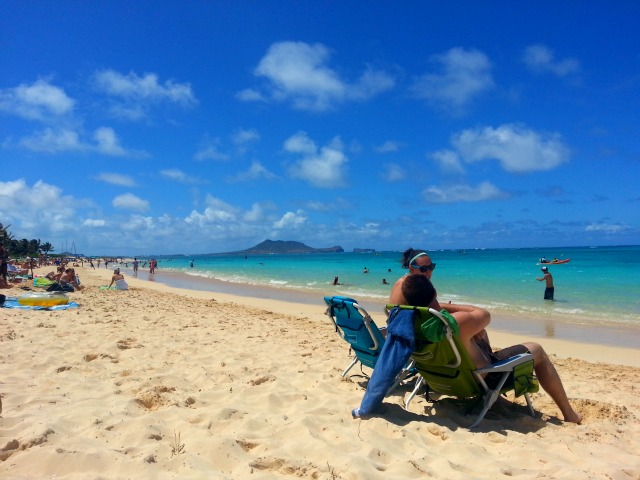 As you travel east along the Kalanianaole Highway (72), you’ll round Makapuu Point and lighthouse, and Makapuu Beach below. This is general boundary that separates Oahu’s windward side from the south shore, as the highway takes a decidedly more southern course. 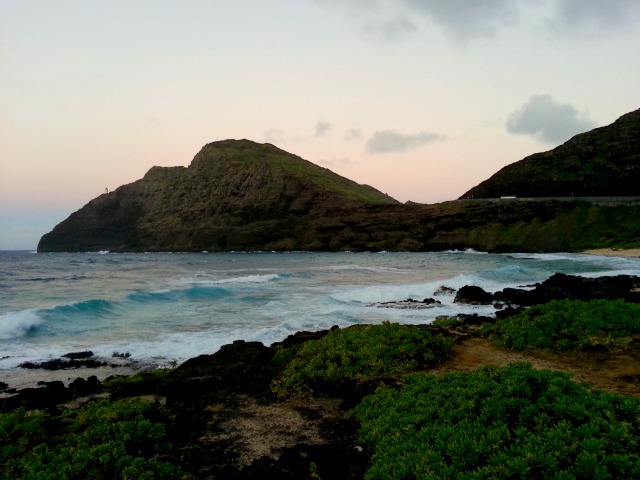 Makapuu Beach is also commonly listed among Oahu’s best beaches, especially for body-boarding. However, we didn’t get the chance to do much more than take a picture from the parking lot as the sun set behind the point. 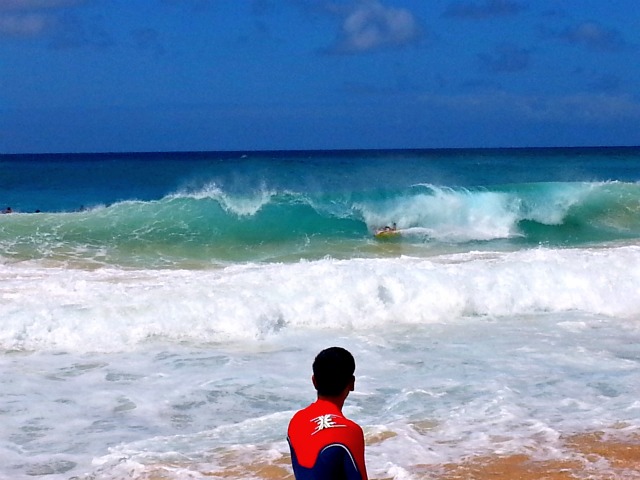 On the opposite end of the spectrum from Lanikai, Sandy Beach has earned itself the nickname “Breakneck Beach” for its punishing shorebreak and dangerous rip currents. As a result, a visit to Sandy Beach is more of a spectator sport for most tourists. Unless you are a skilled swimmer of body surfer, avoid going into the water. (If you don’t look like a local, you’ll likely be warned by a lifeguard.)

If the waves don’t phase you and you’re confident in your abilities, Sandy Beach can be a great spot for body boarding. It’s fans include President Barack Obama, who was born on Oahu. 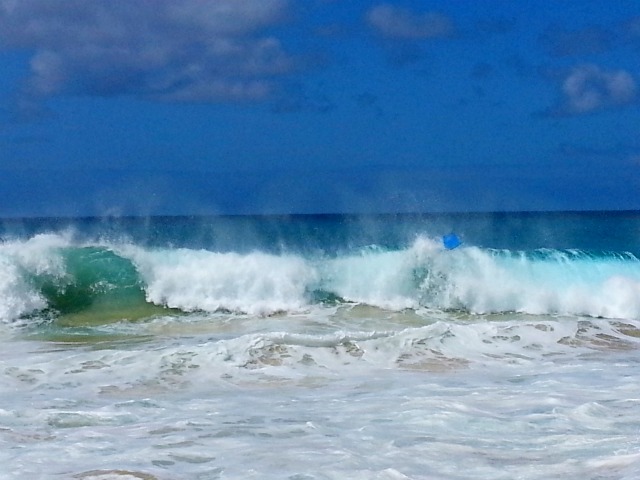 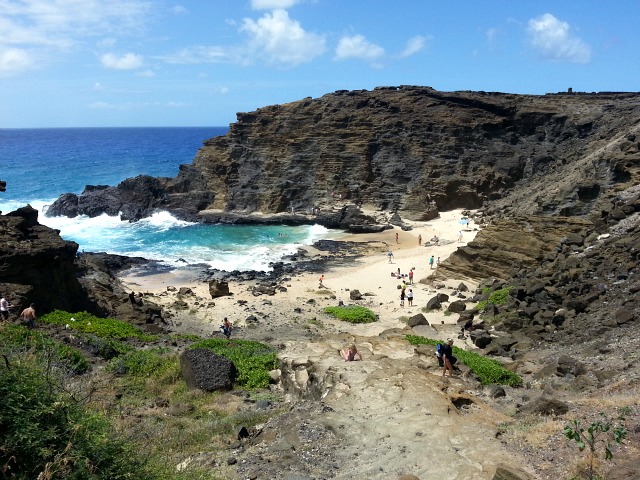 A short walk from Sandy Beach is the Halona Blowhole lookout, where many drivers pull off the highway to take pictures. Just a short hike down is the Halona Beach Cove, which locals call “Cockroach Cove,” one of the most unique beach experiences available on the island.

The beach area is actually quite small, surrounded by cliff walls on all three sides. But the seclusion means far less fellow beachgoers, protection from the wind, and the opportunity to do some low-height cliff jumping. There’s also a cool tunnel, formed millions of years ago by running lava, that runs underneath the highway. 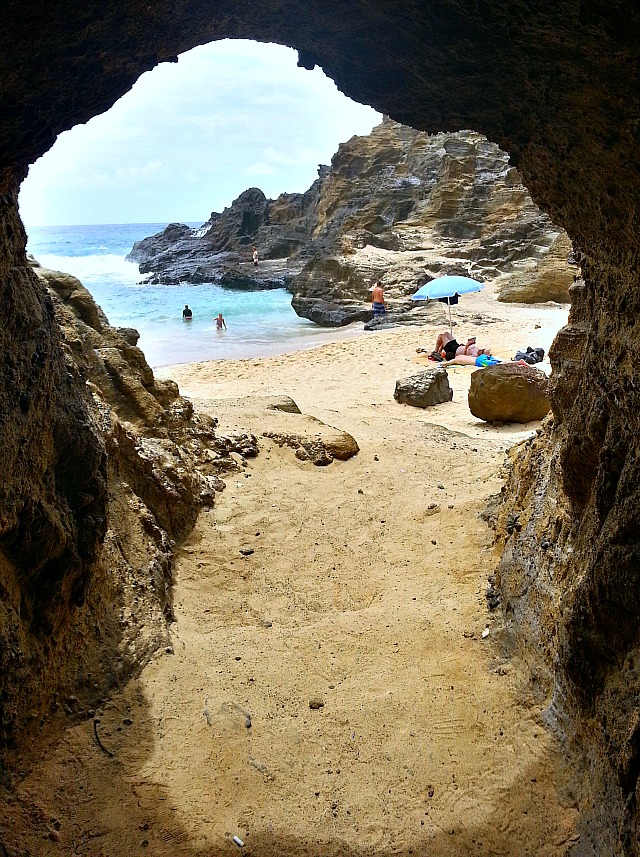 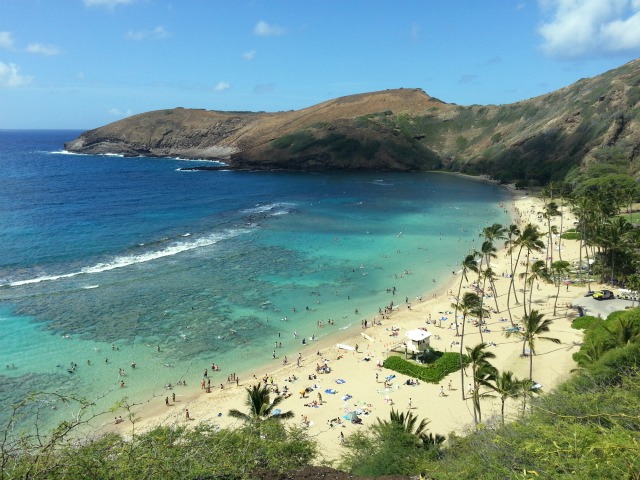 Hanauma Bay is nestled between two dormant volcano craters and is one of Oahu’s most popular snorkeling destinations — thanks to the offshore corral reef that’s home to schools of fish and other sealife.

The waters are calm and clear inside the reef, and the fish abound. However, by mid-morning, so do the tourists. By 11 a.m., the humans have kicked up so much sand that the water is murky, and the beach is overrun by them.

But a snorkel session in Hanauama Bay is well worth it if you time it right. Here are some tips:

– Go as early as possible, like between 6 and 7 a.m. This is probably the most important aspect. At this time, parking is easy and free, you avoid paying the $7.50 entrance fee and watching the 9-minute instructional video, and you don’t have to fight for a spot on the beach.

– Try to to go on a Wednesday. The park is closed on Tuesdays, which gives the sand in the water time to settle and the fish to really fill in the reef.

What are your favorite Hawaiian Beaches? Any tips for those visiting Oahu? Let us know in the comments!

Brasilito is a small fishing town on the north Pacific coast of Costa Rica, and is said to be the place …