Here’s the next annoying meme to hit Facebook: Name one town in Ohio worth visiting that doesn’t begin with the letter ‘C.’

(Sorry, Sandusky, but you know your only destination is Cedar Point, which, you might have noticed,  starts with a ‘C.’)

And while you’ve probably heard about Columbus’ paradoxical small town/big city feel, and how “Cleveland rocks,” we implore you to consider the southernmost of the Ohioan C-city trifecta: Cincinnati.

Katie had driven through Cincinnati dozens of times on the way to and from visiting her grandma in Kentucky.

Interstate 75, the main artery linking Michigan to Florida, runs right through Cincinnati, which happens to be one of the most striking locations along the route. As you approach from the north, you round a bend and the city suddenly opens up before you. Nestled in a valley surrounded by hills, Cincinnati seems to exist in its own private pocket of the world.

It wasn’t our intention to visit just for the sake of seeing the city. The destination was more or less incidental.

The Queen City hosts an annual Midcentury modern furniture and accessory expo, and we had just moved into our first flat. We were on the hunt for some interior design inspiration, and, as a new couple, we’d never been on a trip outside of Michigan together. This was a perfect excuse to break up the monotony of February.

We booked accommodations through AirBnB. It was our first time using the service, and we were very happy with our experience. For about $40 a night, we stayed in a private room of a four-story house on the outskirts of Over-the-Rhine, an area long known for blight and crime that’s in the midst of a nearly decade-long upswing.

Since 2004, developers and non-profits have poured hundreds of millions of dollars into OTR, which was named Cincinnati’s “best neighborhood” by CityBeat in 2011 and 2012.

We loved the area for its unique architecture (OTR is home to the largest collection of Italianate buildings in the U.S. and is believed to be the country’s largest historic district).

Even if you aren’t the type to discuss the nuances of muted Greek Revival, you’ll marvel at the abundance of late-19th century buildings, many of which have been restored to their original grandeur. 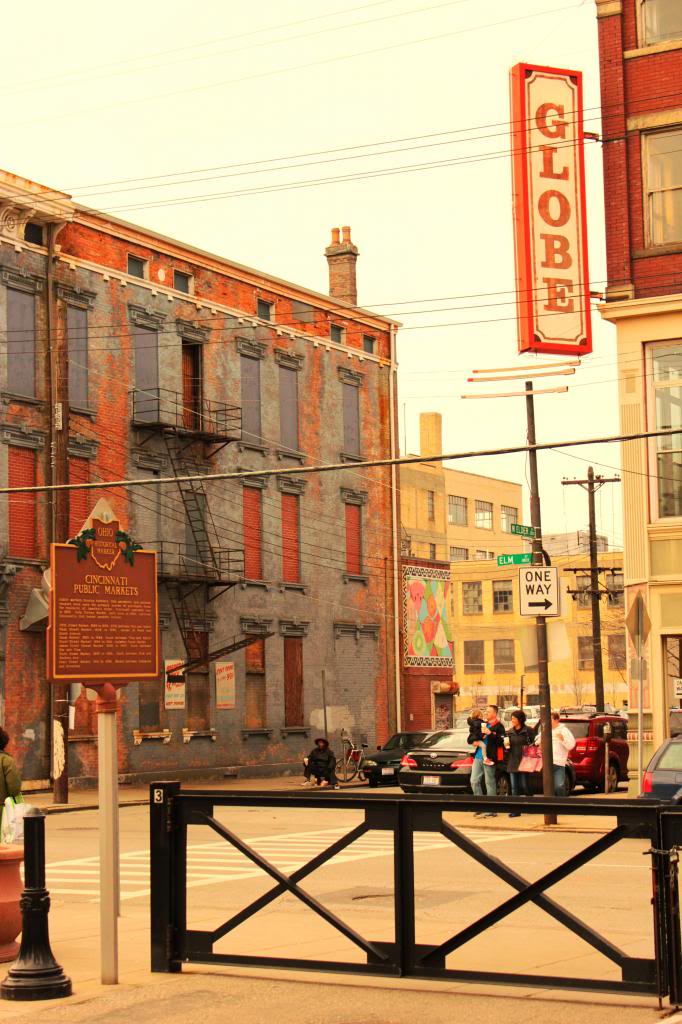 The view from our room: 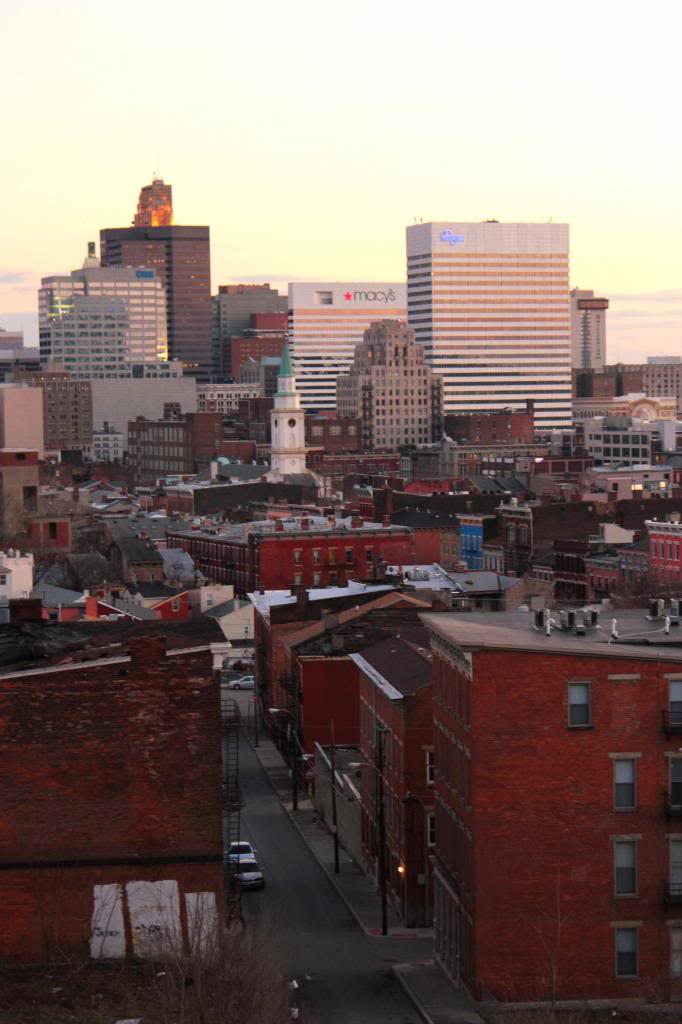 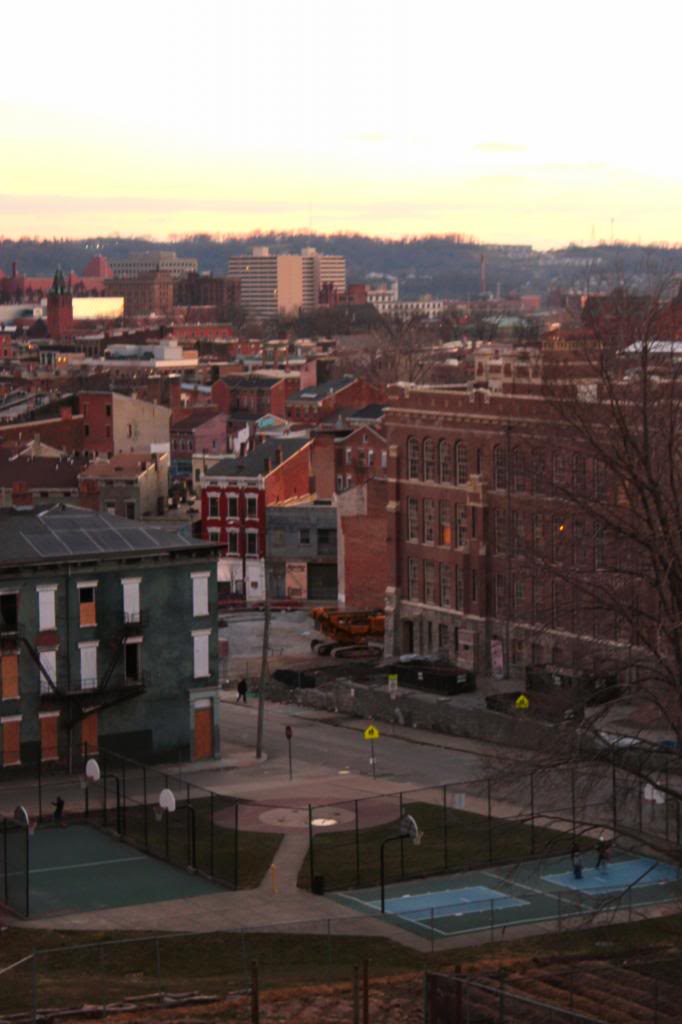 As you can see, the area we stayed in still had much of its gritty charm intact.

The city really began to glow as the sun set: 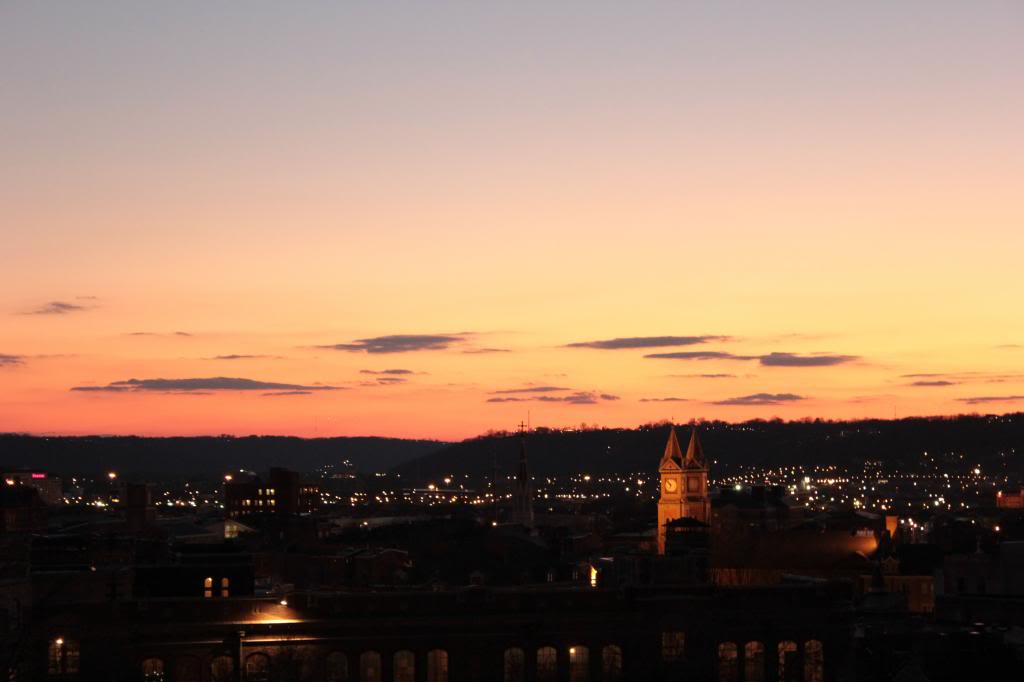 We got in late Friday night, and the convention ate up most of our Saturday. Luckily, our host was very active in the city and was able to point us to a number of great places in the time we had to explore. If you time it right, you could hit most, if not all, in one solid day. 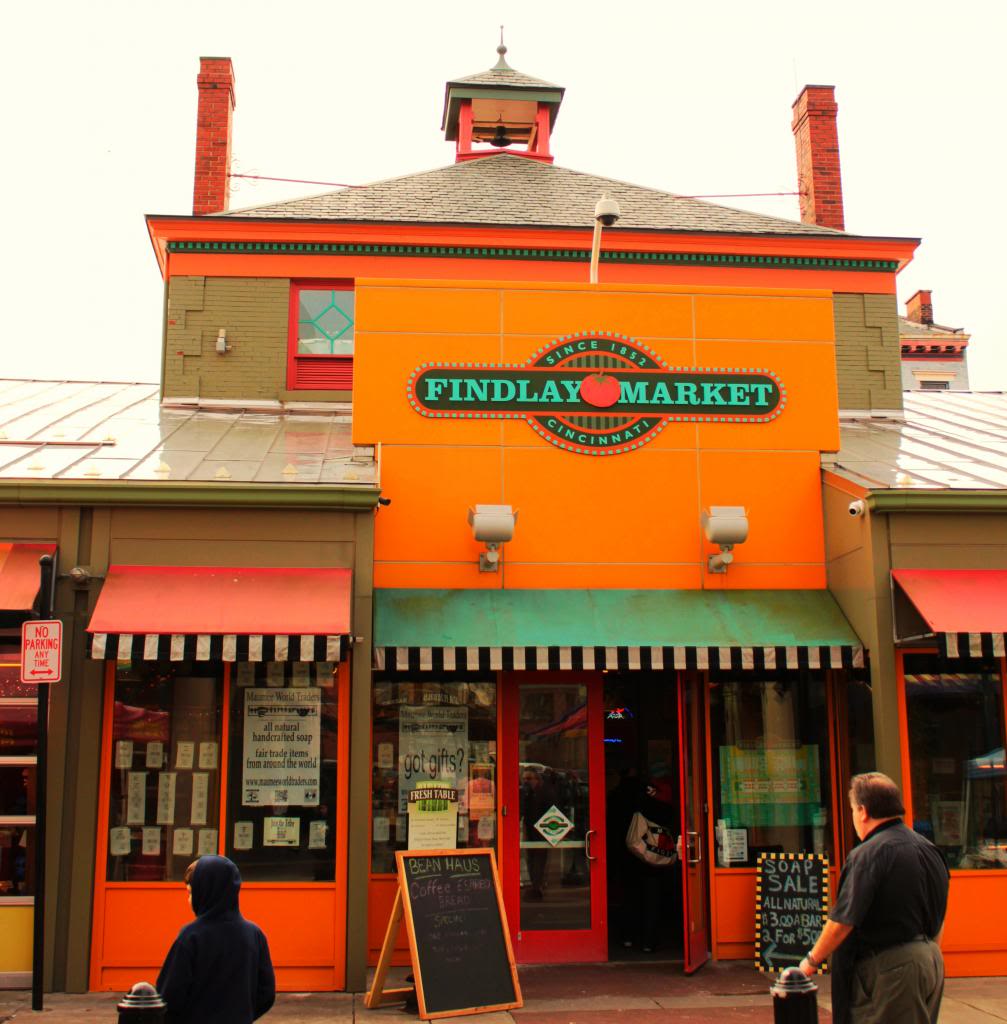 Start the morning at Findlay Market, the oldest and last remaining public market of the nine that once served Cincinnati. Located in the heart of Over-the-Rhine, the market bustles year-round, six days a week. On Saturdays from March through December, the indoor vendors are complemented by an outdoor farmers’ market, complete with street performers and special events. 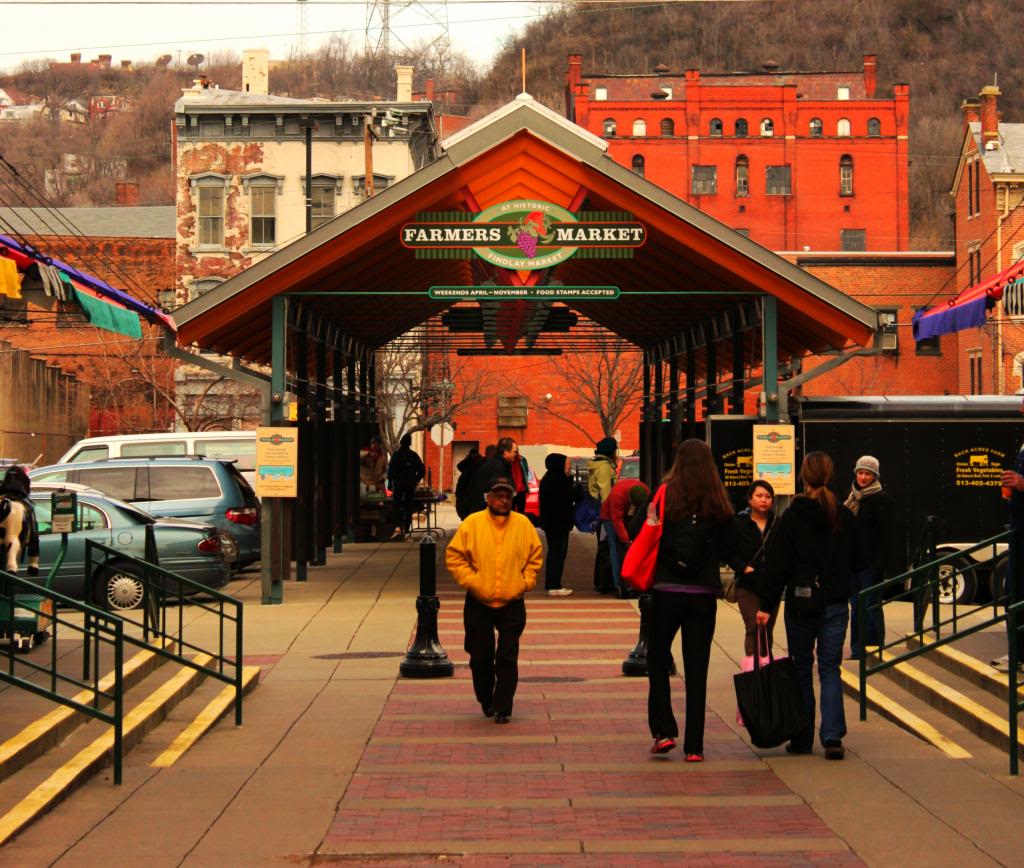 Grab a waffle or crepe from Taste of Belgium, located inside the market, and peruse the rows of old-school meat counters and fresh produce. 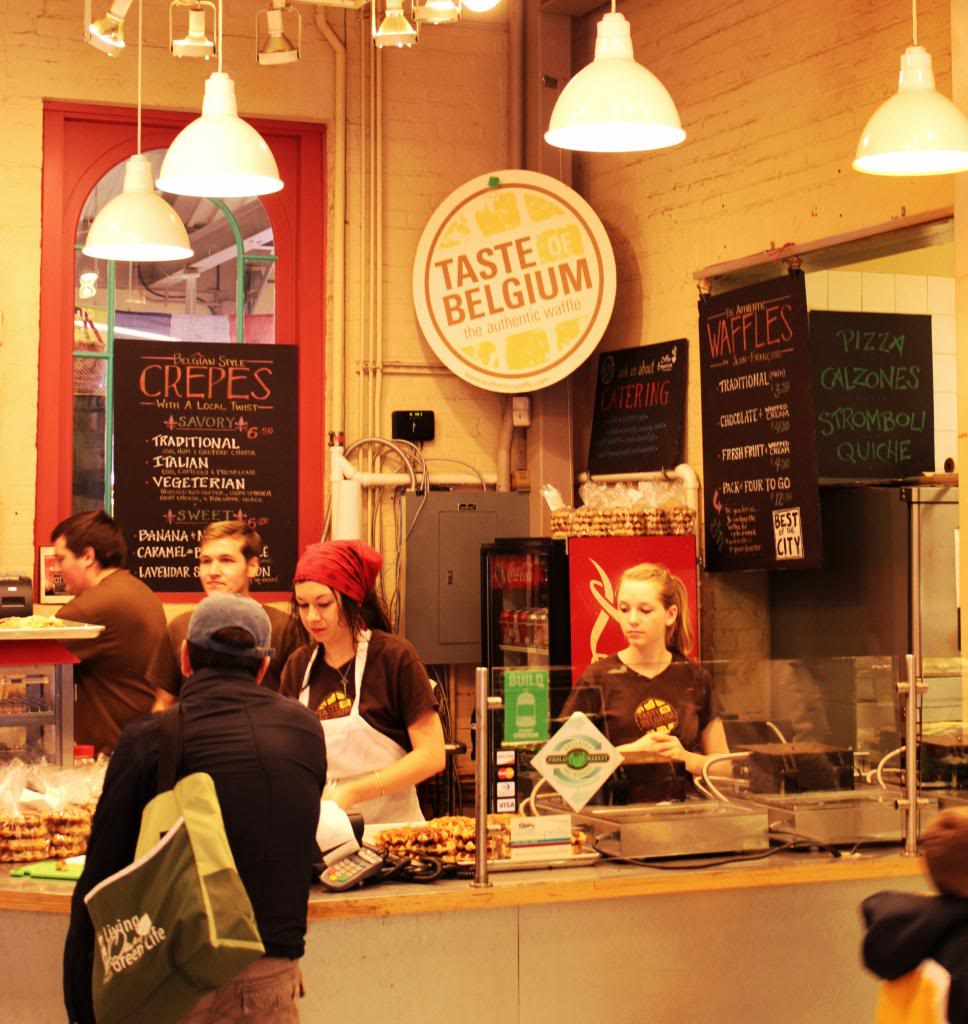 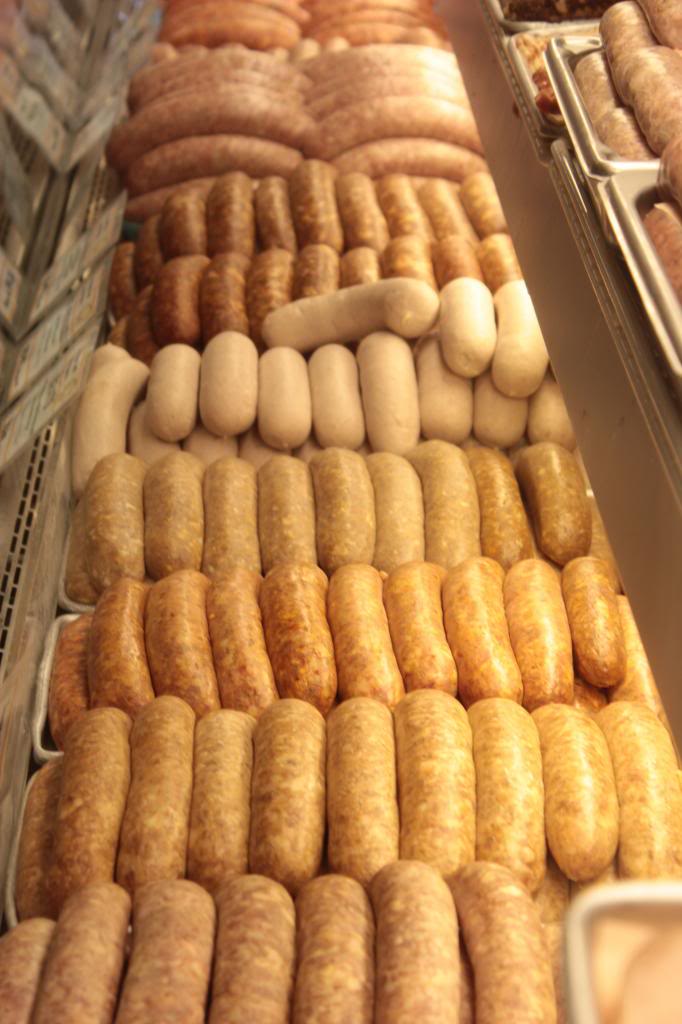 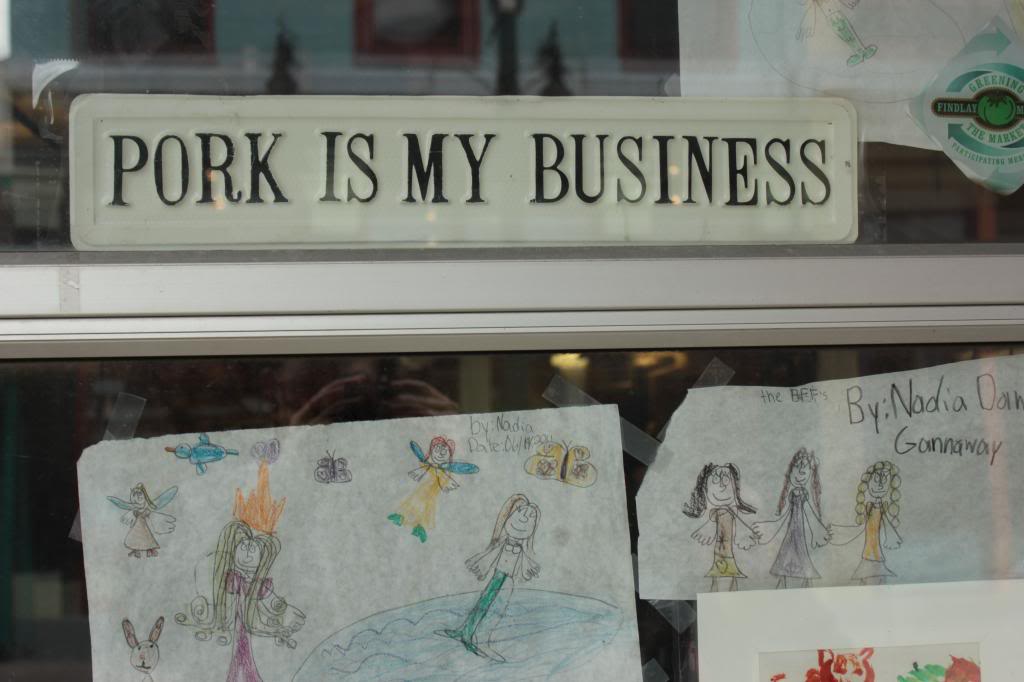 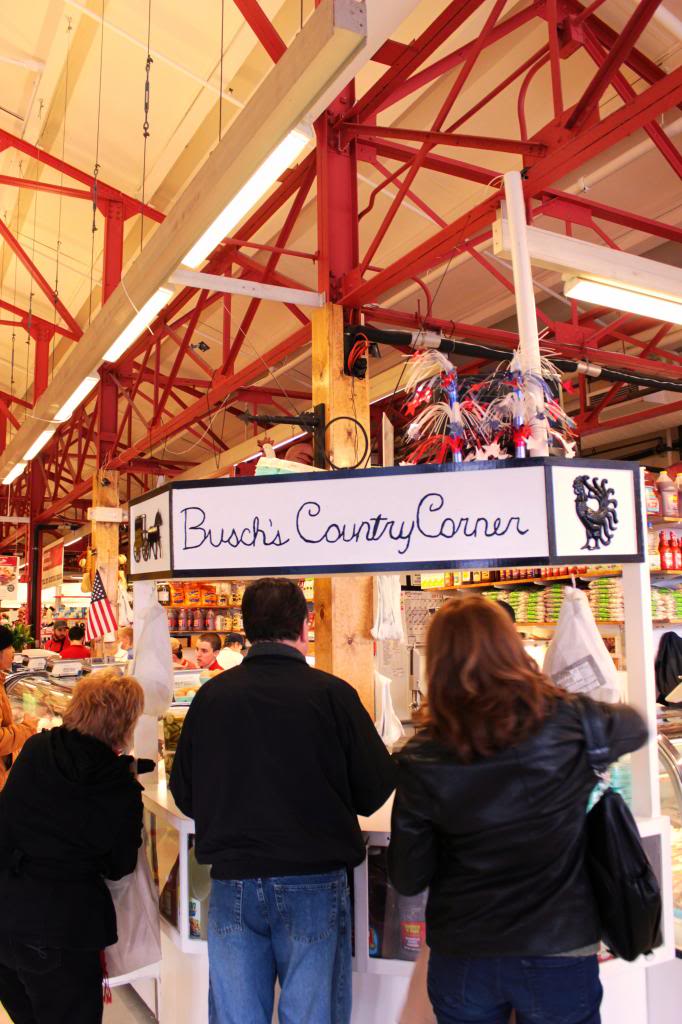 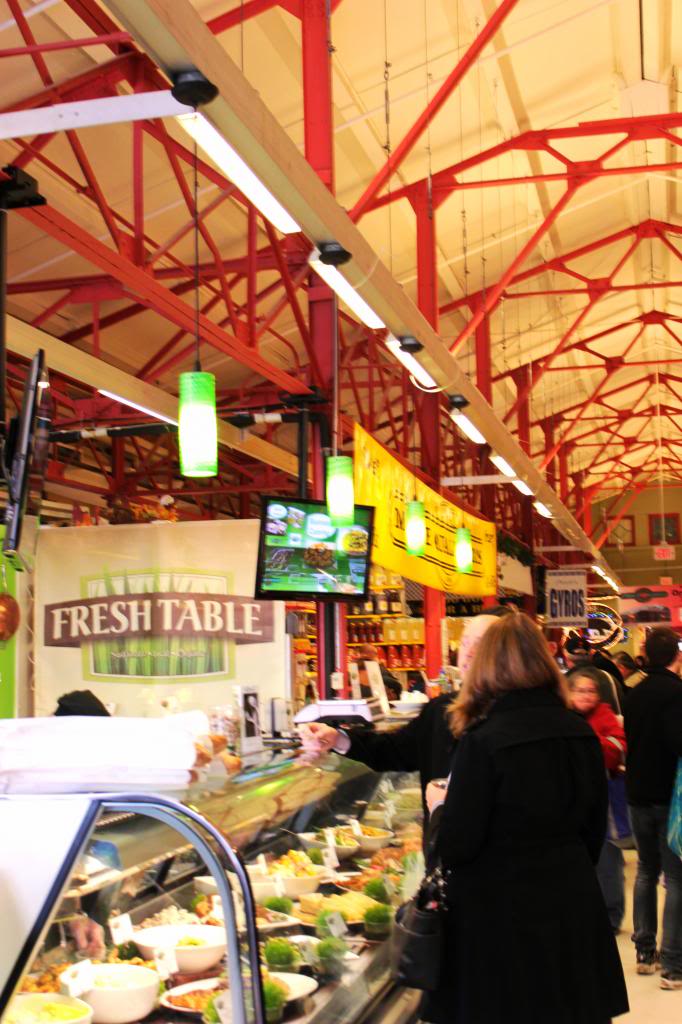 The building was one of the first to use iron framework technology and is one of the last remaining structures of its kind. 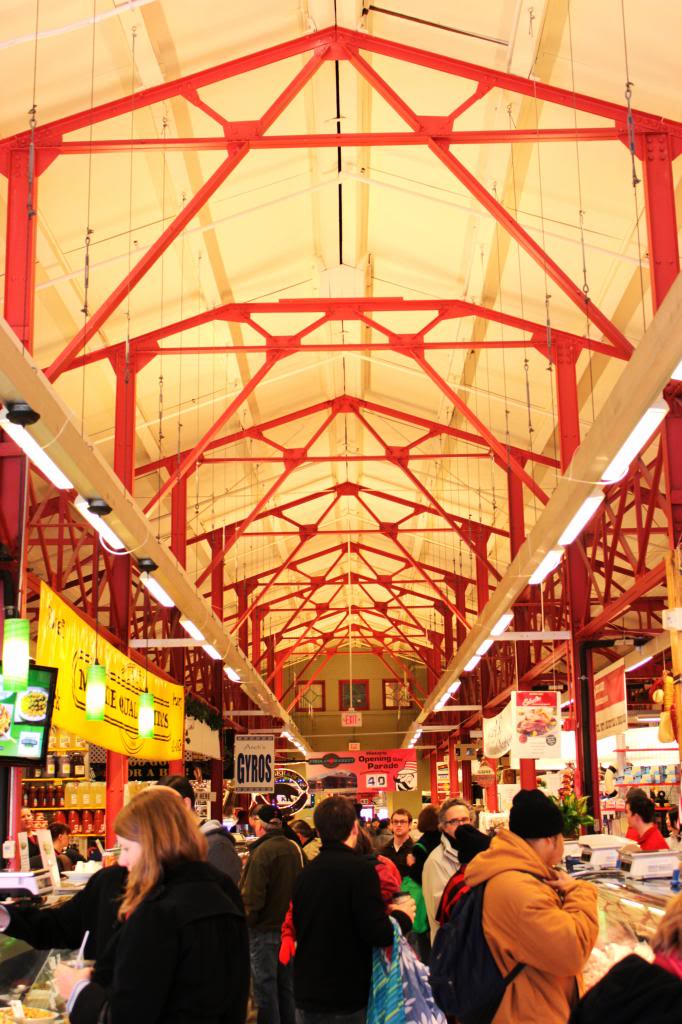 Get your kicks for free

After the market, head across the Ohio river to Covington, Kentucky.

While I’m sure there are plenty of great brunch places in Cincinnati, it’s kind of cool to be able to go into another state for a quick bite. You could drive across the river and head to Otto’s, or you could park and walk across the John A. Roebling Suspension Bridge, the longest bridge of its kind when it was built in 1866. 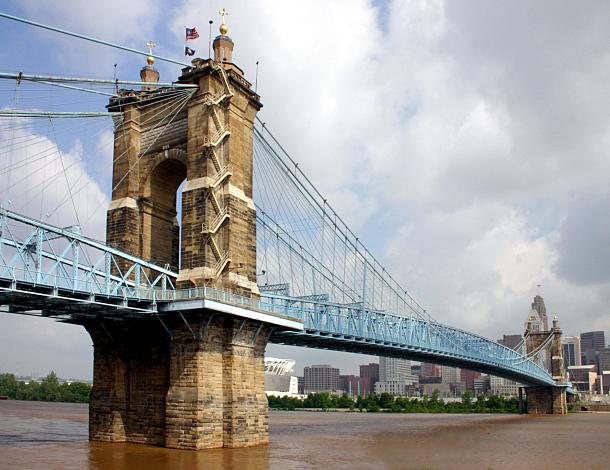 After stuffing yourself on crab hash, head back across the bridge and check out one of the oldest contemporary art museums in the country, The Contemporary Arts Center, housed in the Zaha Hadid-designed Rosenthal Center for Contemporary Art (hailed by The New York Times as “the most important American building to be completed since the end of the cold war”).

The CAC has no permanent collection, instead devoting itself to exhibiting “the art of the last five minutes.” Admission is free every Monday from 5 to 9 p.m.

(If you’re not in town on a Monday and you’re more concerned about saving a few bucks than stepping into the most important building ever, the Cincinnati Art Museum offers free admission every day.)

For an alternate bit of free culture, check out the Mercantile Library, a membership library that predates the country’s public system. The space harkens back to the early 1900s and is quite an experience. 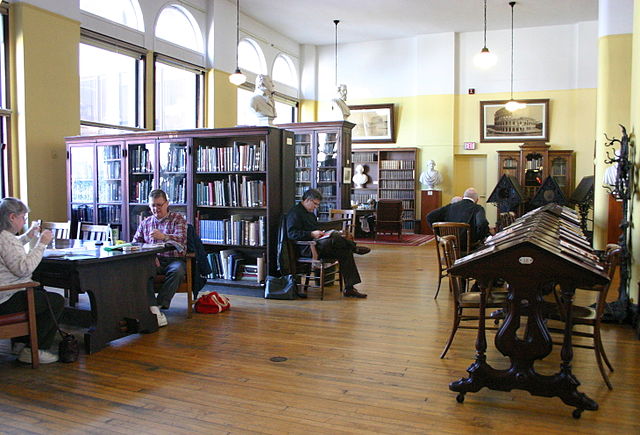 All that culture is bound to make you hungry again, and even though you might not be starving just yet, head back to the OTR and put your name in at Senate. 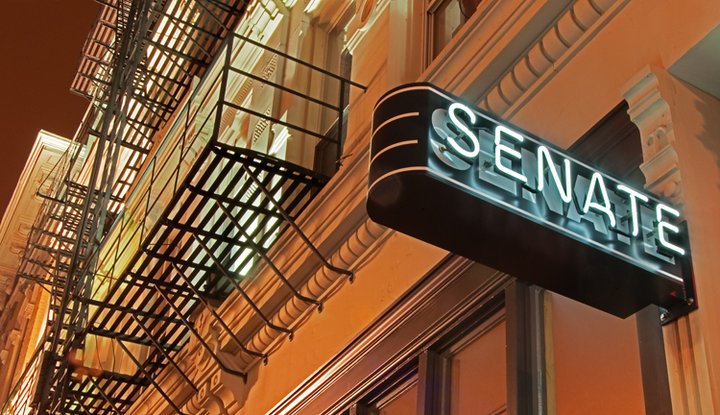 Daniel Wright, the head chef at Senate, was recently chosen as Food & Wine’s People’s Choice “Best Chef” for the Great Lakes Region. But this isn’t some hoity-toity, flowers-on-a-plate type place.

Think: craft beer and cocktails, poutine topped with an egg and braised short ribs, and more iterations of wieners served in brioche buns than you thought you could imagine.

Just re-reading the menu right now is making me contemplate jumping in the car and driving the four hours from Detroit. If I call now, my table might be ready by the time I get there.

So here’s your warning: This place and pretty much every other restaurant on Vine Street is known to require a two-hour wait for a table, especially on Friday and Saturday nights.

Luckily, there’s a great craft cocktail bar within walking distance where you can wait it out.

Japp’s is just four blocks away from Senate, on Main Street.

The bar is housed in a former wig shop that dates back to 1879.Some of the cocktails served here have roots that go back even further.

With a focus on small-batch liquors and house-made syrups and ingredients, Japp’s gets pretty much everything right. Resplendant in dark, handsome wood, the bar is home to exactly zero TVs. There’s some kind of live music element most nights, and there’s never a cover charge.

While there are a number of interesting cocktails to try, I highly urge any vodka fans to taste the OYO Vodka straight up. OYO is a red-wheat vodka micro-distilled in Columbus, and it is one of the smoothest, best tasting vodkas I’ve ever had.

That’s saying something, coming from a Russian.

Pace yourself now. You’ve still got some delicious hot dogs to eat, and you definitely want to remember that experience and the rest of this perfect Cincinnati day.