Hiking the Stairway to Heaven Hawaii 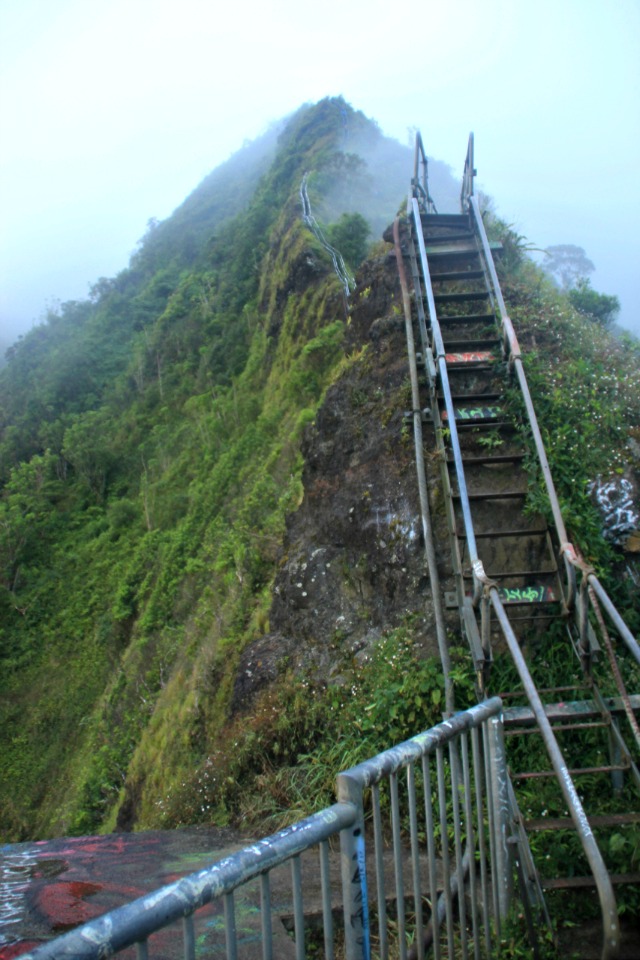 In a residential neighborhood of Kaneohe, on the Hawaiian island of Oahu, there is a staircase that reaches into the sky. 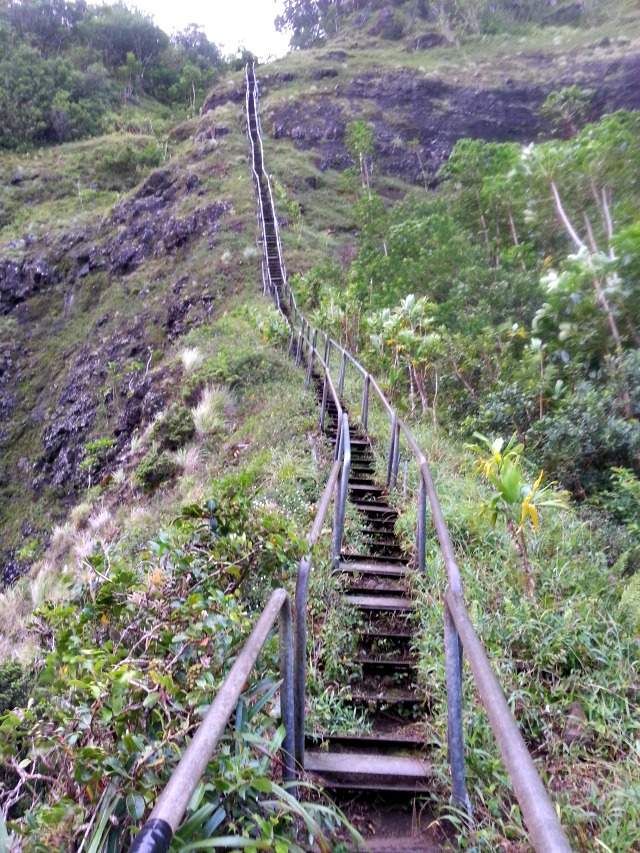 The Haiku Stairs, better known to some as The Stairway to Heaven, are made up of almost 4,000 steps that soar 2,800 feet to the peak of Puʻukeahiakahoe, high above the H3 Highway below. 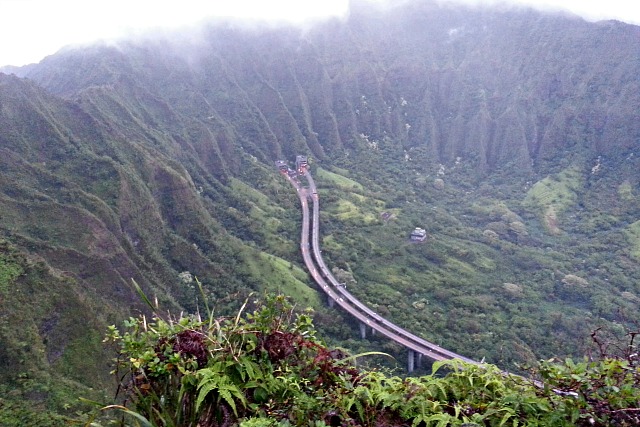 Originally built in the 1940s out of wood, the Stairway to Heaven was used to service a Naval radio antenna at the peak, with a signal that could reach submerged submarines in the Tokyo Bay. The signals were picked up by testers from Long Island to India.

The Coast Guard used the antenna after the Naval base was decommissioned, and the wooden stairs were replaced with metal ones.

In 2003, the city of Honolulu sunk $875,000 into the repair of the Stairway to Heaven, with a plan to open the Haiku Stairs to hikers. But because of liability concerns, and protests from surrounding residents, the stairs remain closed to the public.

This doesn’t prevent hundreds of would-be hikers from ascending the 4,000 steps into the sky each and every day. And it didn’t stop us, either (sorry!). 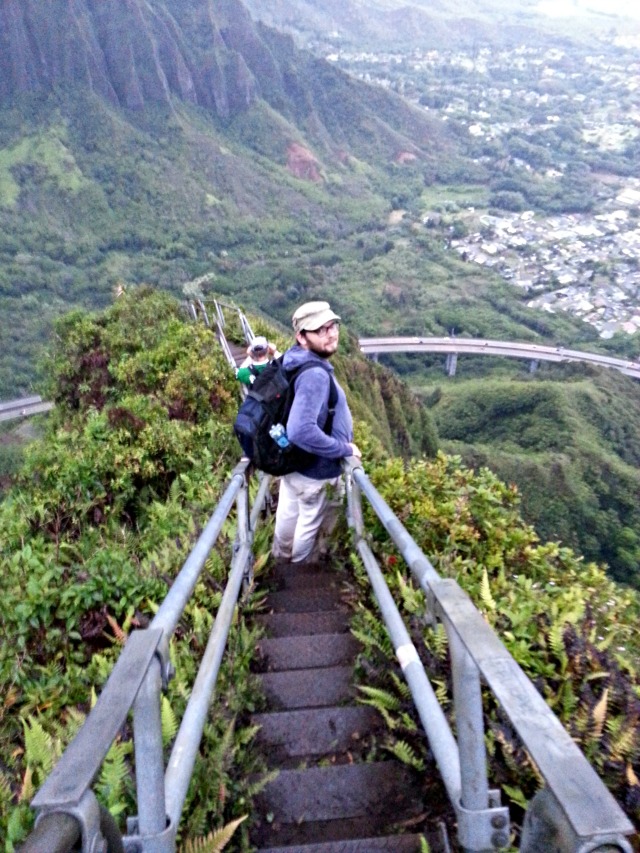 Because climbing the stairs is illegal, a security guard is posted to the base. He’s not a police officer, so he can’t arrest anyone. Many accounts say that he is usually asleep in his car, or looks the other way when hikers approach, but there have also been stories of him chasing people up the stairs.

To avoid dealing with the guard, you can either hike around the surrounding hillside to the base of the stairs, or go before the guard shows up.

We opted for the latter. 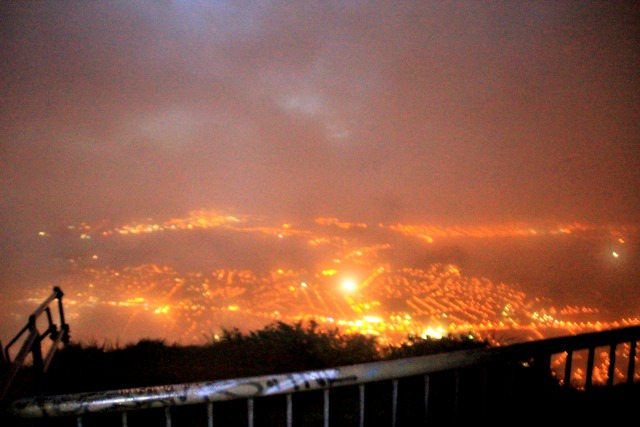 It was much more difficult than we expected. The ascent to the first platform (there are five platforms throughout) is the longest and most difficult part of the hike. As we slogged along in the wet darkness, we took frequent breaks. Here’s a tip: Pack light! Water, a snack, and an additional layer of clothing is all you’ll need. Leave the clunky D-SLR camera and extra lenses at home 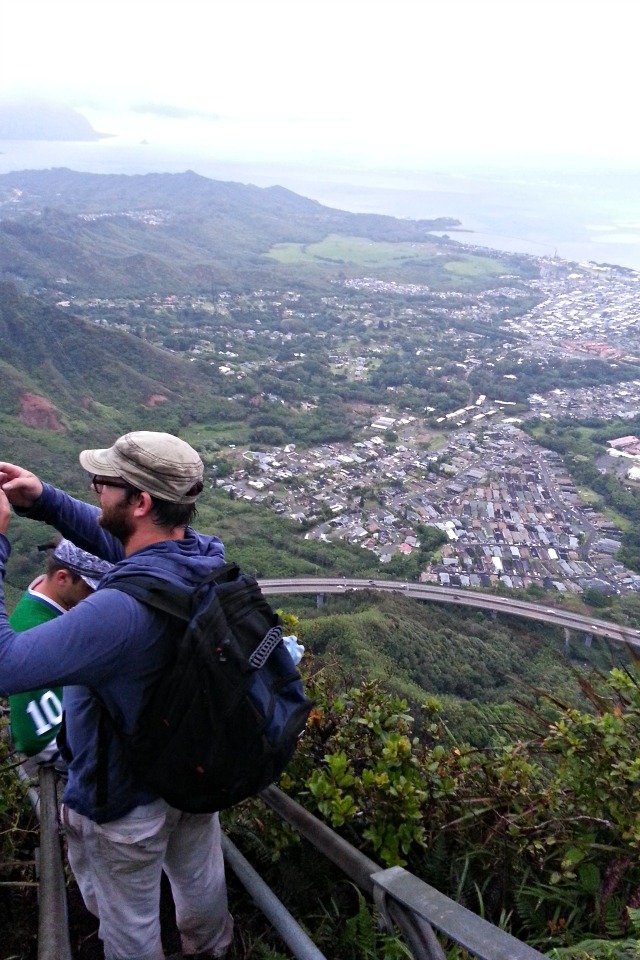 It gets pretty cold and windy near the top, and the views are often obstructed by cloud cover. You are literally in the clouds.

On the way down, the sky started to clear a bit. 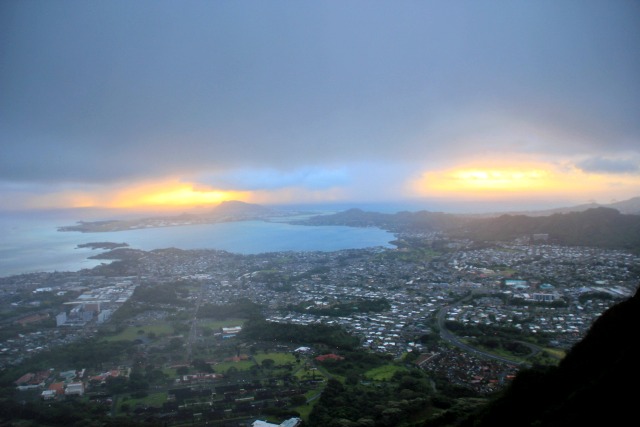 The antenna station at the top provides shelter from the rain and some interesting graffiti, but little else (it smells like pee, for one). 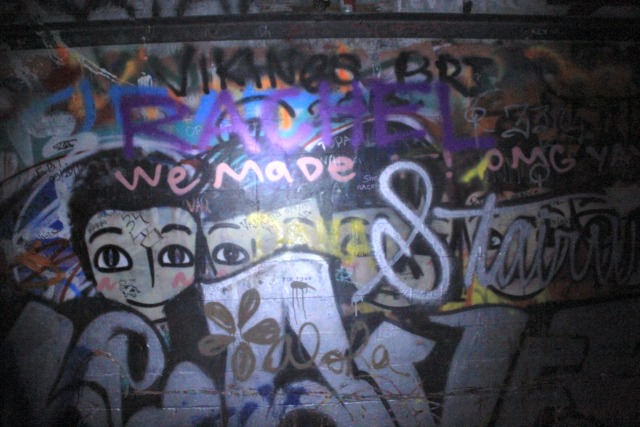 We totally faked smiles for the shot below. After the 2-hour hike, we were not looking forward to going back down. 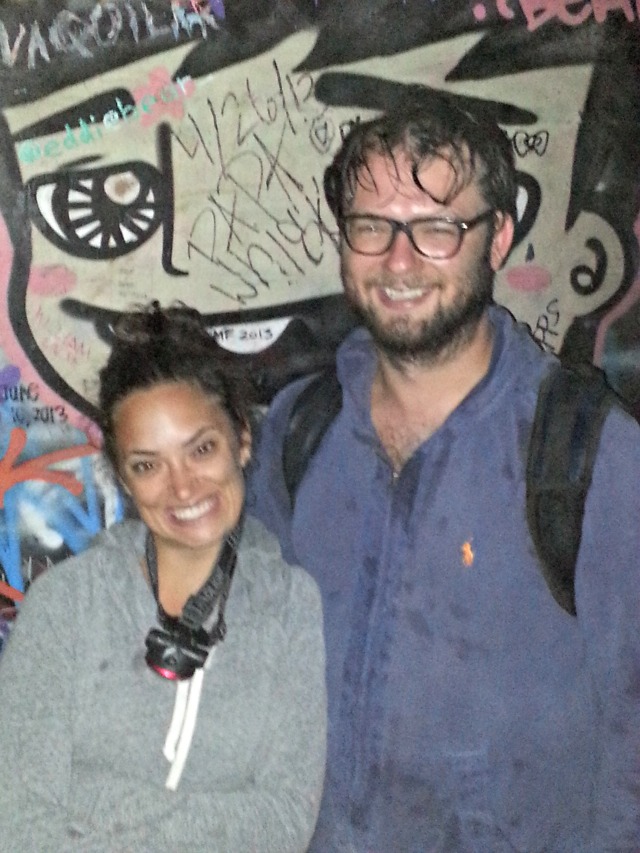 Was the payoff worth it? Maybe not, considering you can’t see anything from the top.

But it’s a once-in-a-lifetime type thing any visitor to Oahu with even a mild interest in hiking should do.

For some more insight and info on how to do the climb, check out Untapped Cities’ post on Surviving the Stairway to Heaven, and follow the tips on Yelp.

Brasilito is a small fishing town on the north Pacific coast of Costa Rica, and is said to be the place …