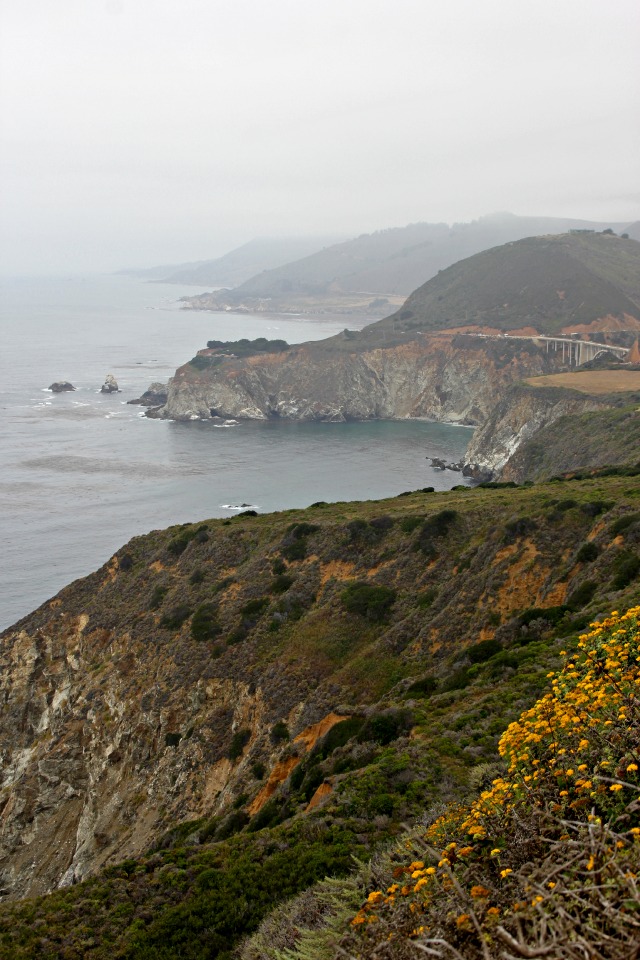 It sure has been a while since I posted. It has also been a while since we went on the trip to Big Sur I’m about to share with you, but oh well. Things have been busy with Mark’s school things and my work things, plus freelance things we’ve both been picking up on the side. The dream of living a simple life far away from this rat race is definitely calling our names louder now than ever before. Get. Us. Out. Of. Here.

Soon, guys. Soon. Seven months left in his program and then we can plan our next big adventure. Who knows where we’ll go, but you can bet we’ll go! Can’t stop, won’t stop, and all that crap.

Anyway, a long weekend escape to Big Sur was just what we needed. A chance for some peace and quiet away from the traffic, the buses, the people, the dull roar of everyday life here in Berkeley. There are times when I think this is such a quiet town, but other times when I can’t seem to drown out the noise. (Like, do people ALWAYS have to rustle through our recycling bins EVERY Sunday night?? Arrgggh!) I know at times like these I really need to get away. The thought of going high up in the mountains always appeals to me when I start to feel like this. Being surrounded by redwoods, where the air just feels so clean, is exactly where I long to be.

And so, we went! We found a last-minute campsite in Big Basin and camped our little hearts out. We cooked over the fire, hiked to a waterfall, slept under the stars. All that good stuff that makes a person feel alive. We breathed in deep because that air just feels like it must be curing you of something. 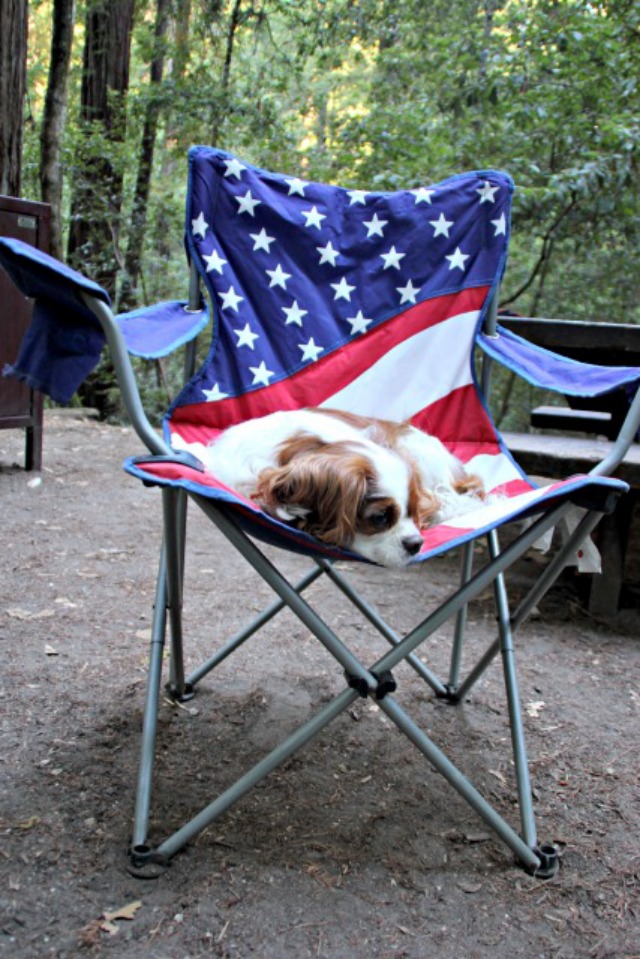 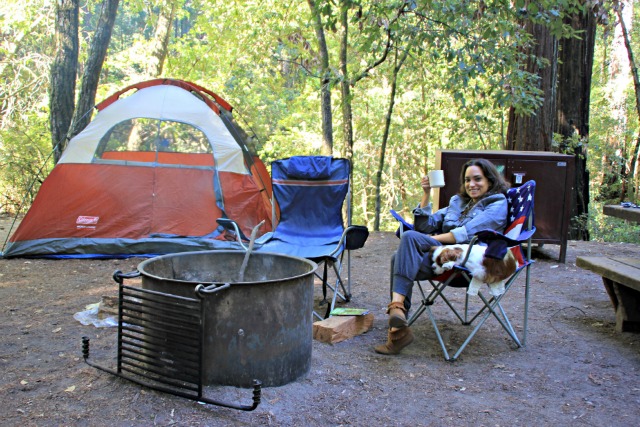 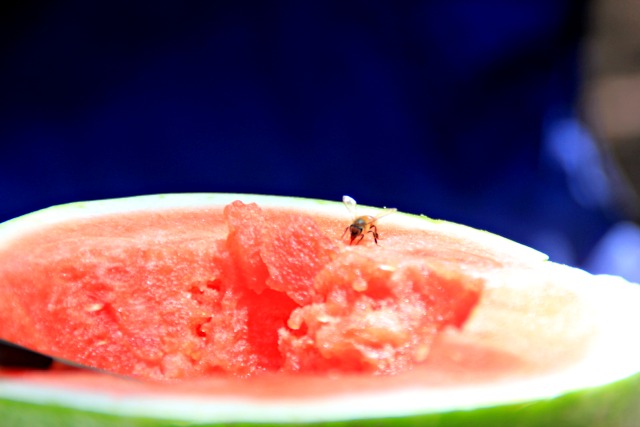 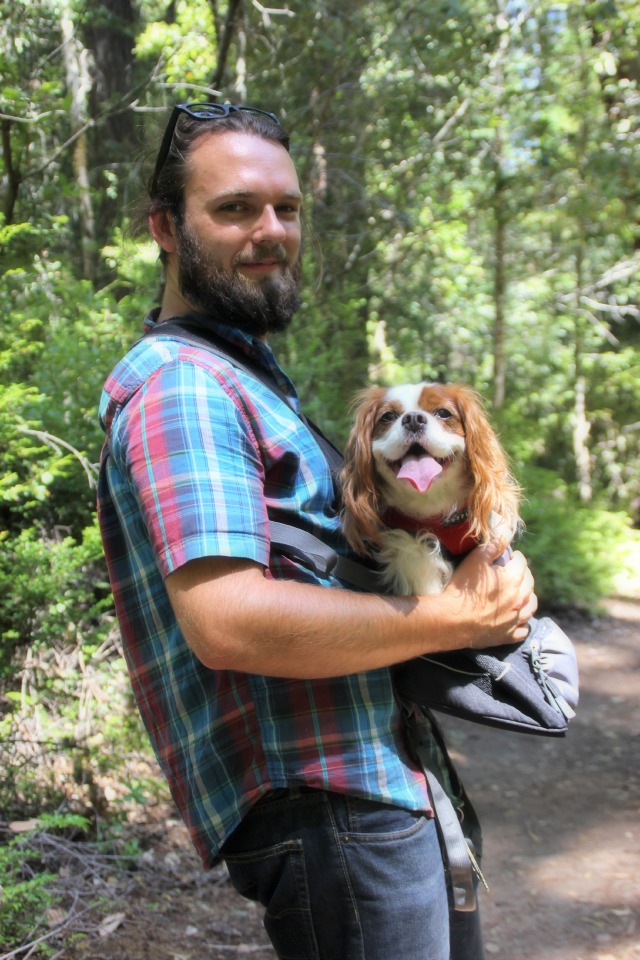 Poor Penelope wasn’t allowed on any of the trails, so we improvised with this way-too-small pet carrier. Technically she was hovering over the trails, not actually on the trails. Muah-ha-ha. We’re so rebellious and badass. Can’t tell us what to do with our Cavalier King Charles Spaniel. 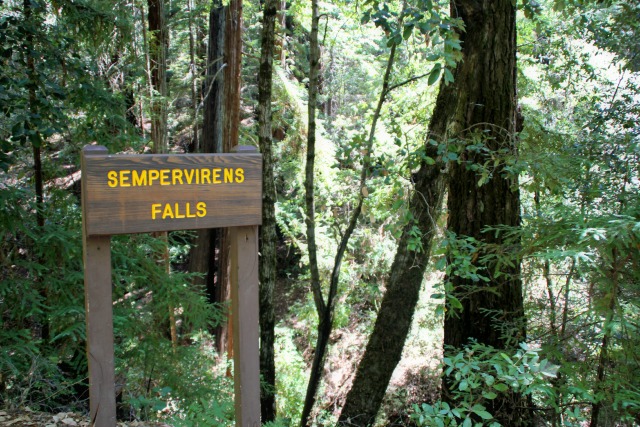 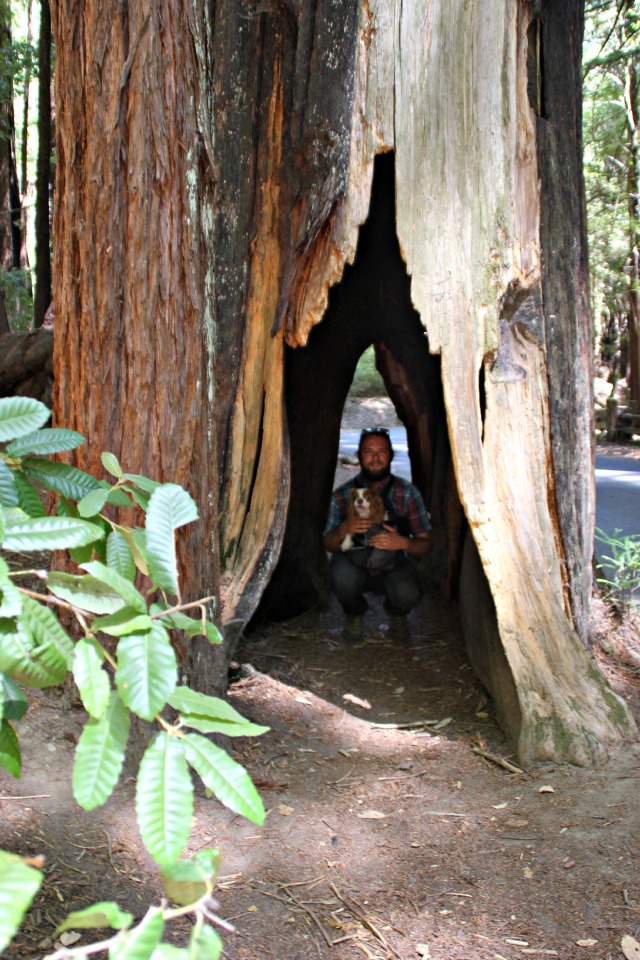 The next morning we drove through Big Sur, stopping whenever the hell we felt the urge to take in the incredible views. It bums me out a bit because these photos just don’t do it justice! Unfortunately, it was overcast while we were there, but still! Still it was breathtaking! There’s something so wild and untamed about this landscape. The jagged rocks, the looming cliffs, the violent ocean, it just makes you feel alive and free! 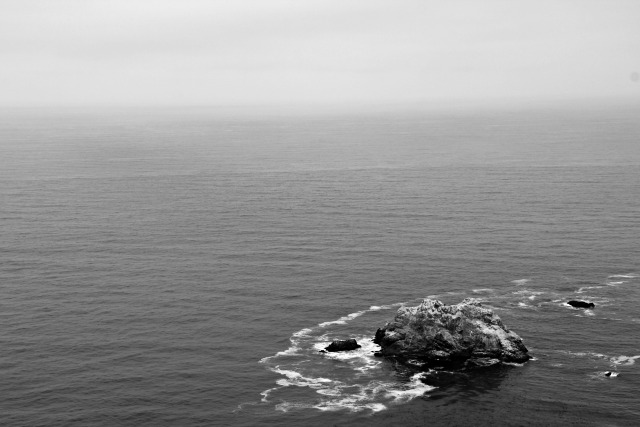 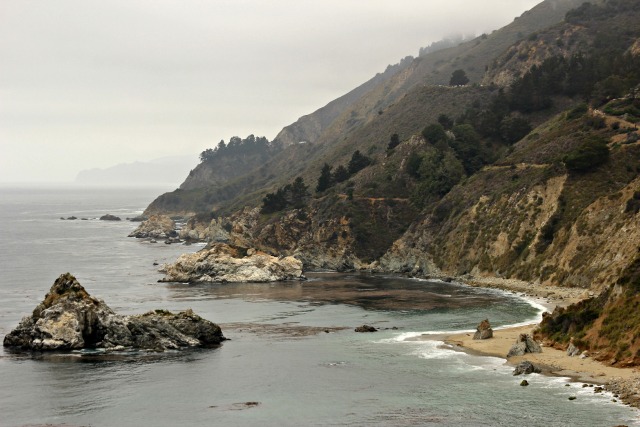 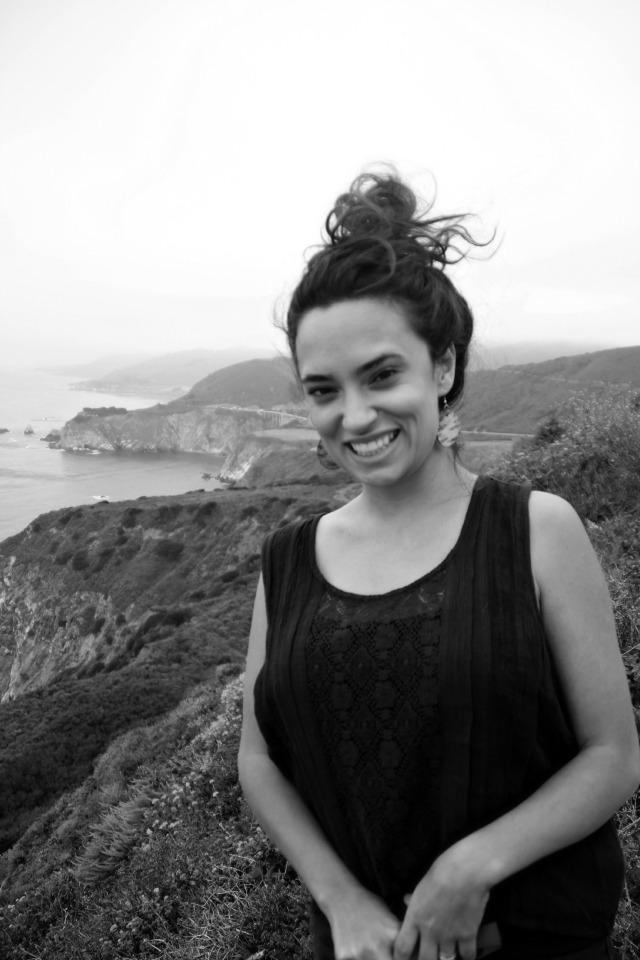 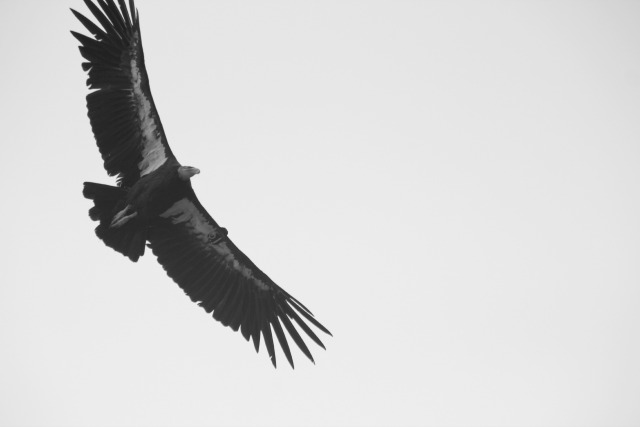 We saw four California Condors perched in a tree on the side of the road! These became extinct in 1987, but a few were reintroduced to the wild in 1991. They are one of the world’s rarest birds, which we learned after some furious Googling what the heck they were. 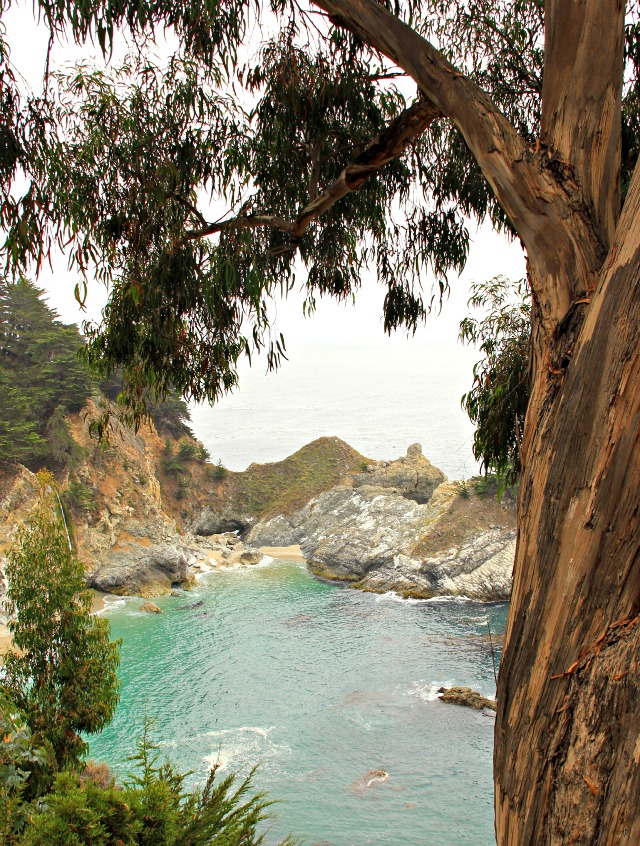 Now this was probably my most favorite view of the whole trip: McWay Falls. I’m a sucker for turquoise water and anywhere it looks like mermaids might live, really. 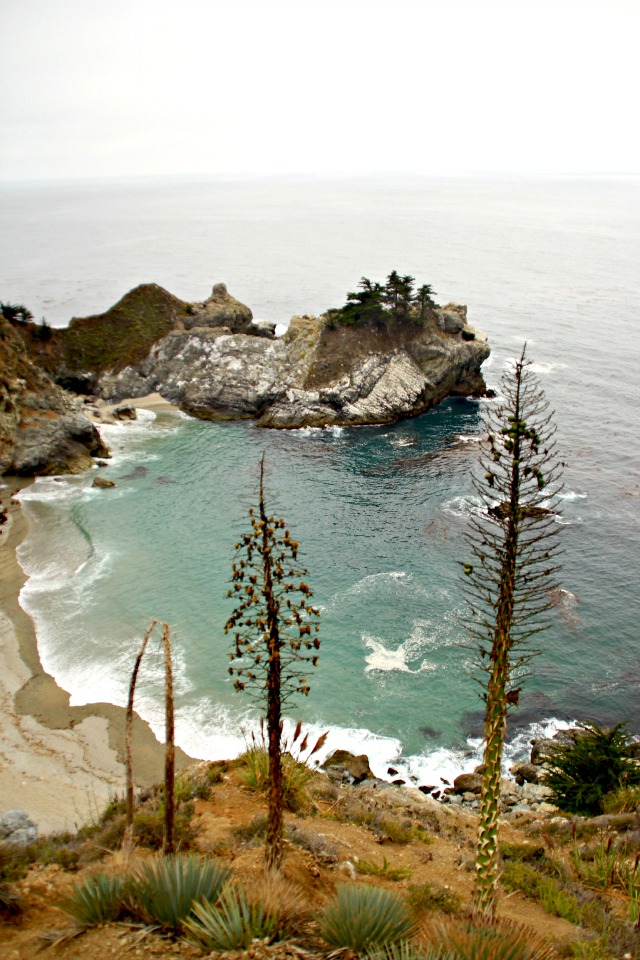 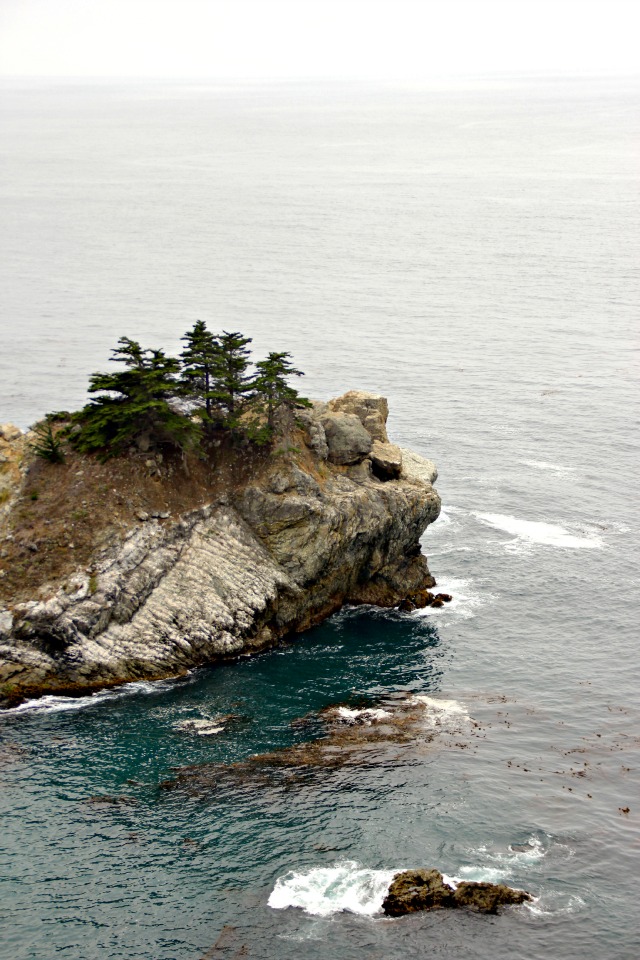 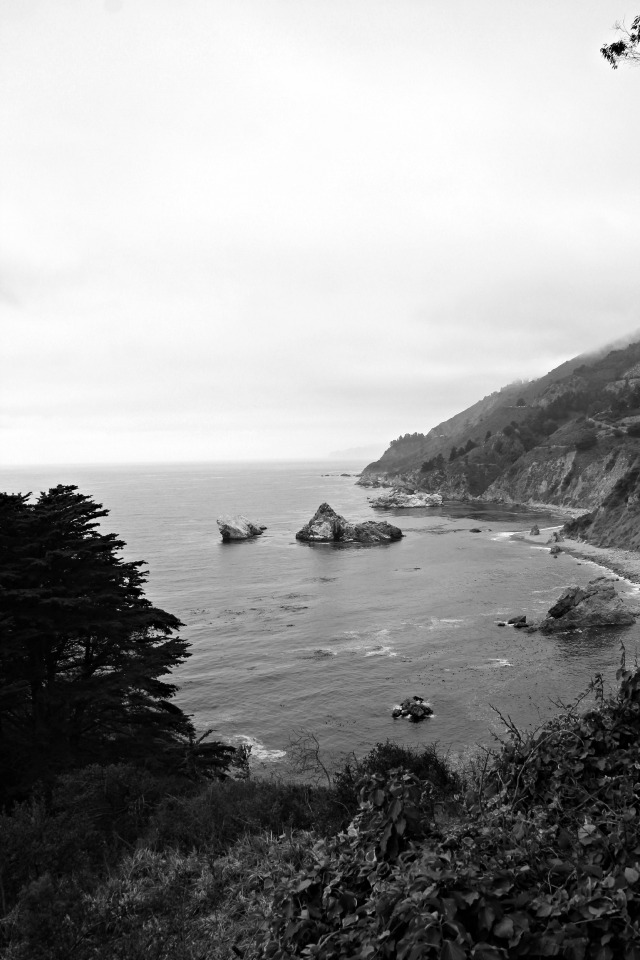 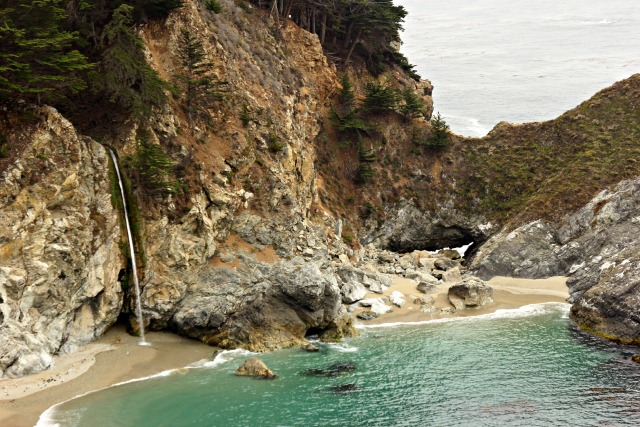 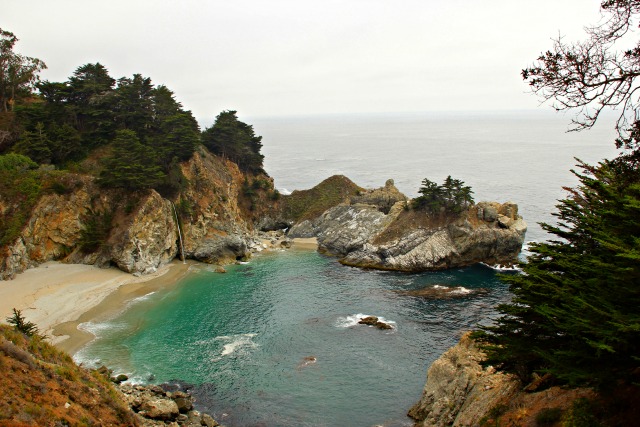 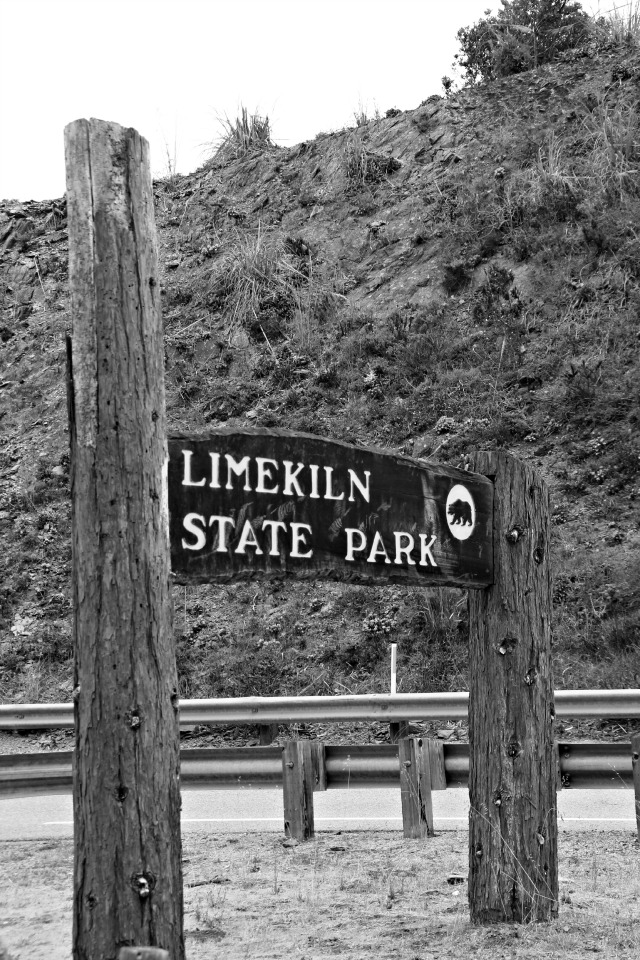 A friend recommended we check out Limekiln State Park as a potential campsite. Unfortunately for us it was completely booked, but we took a look anyway. The site is directly beneath a bridge, which you’d think would make it horribly noisy, but it wasn’t at all. Honest. The sound of the waves crashing against the rocks is so loud it drowns out everything else. 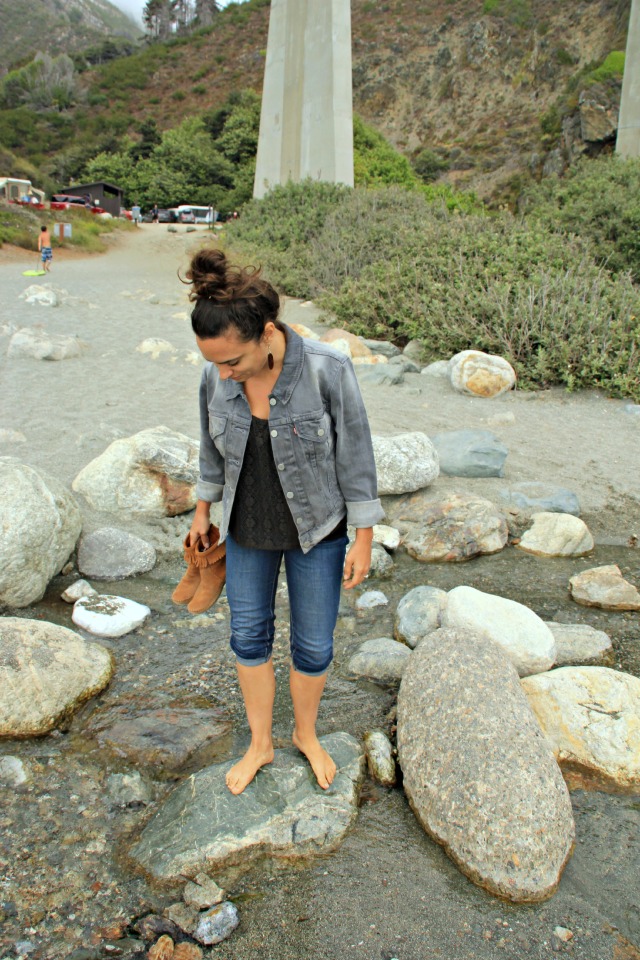 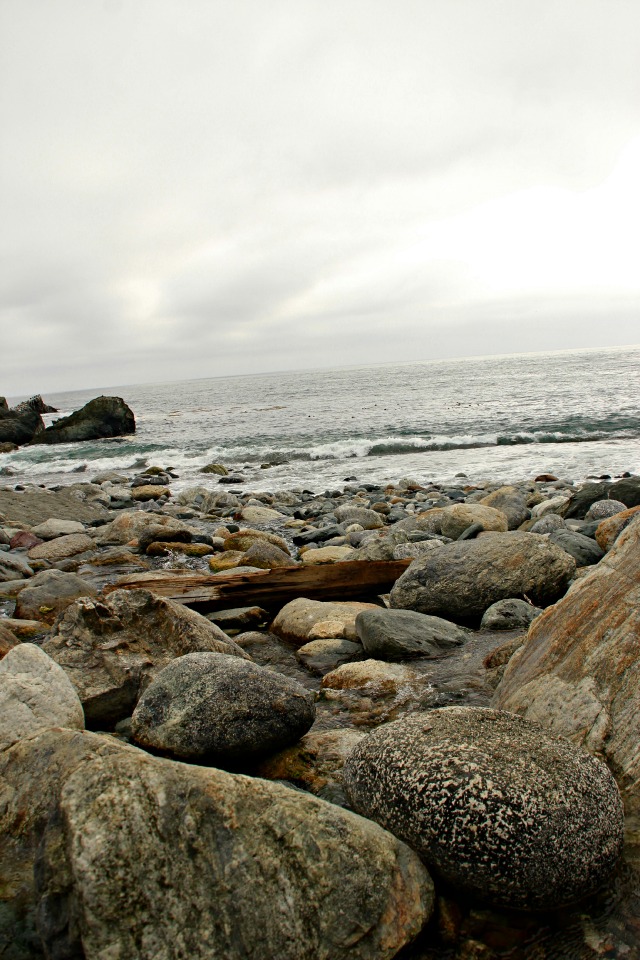 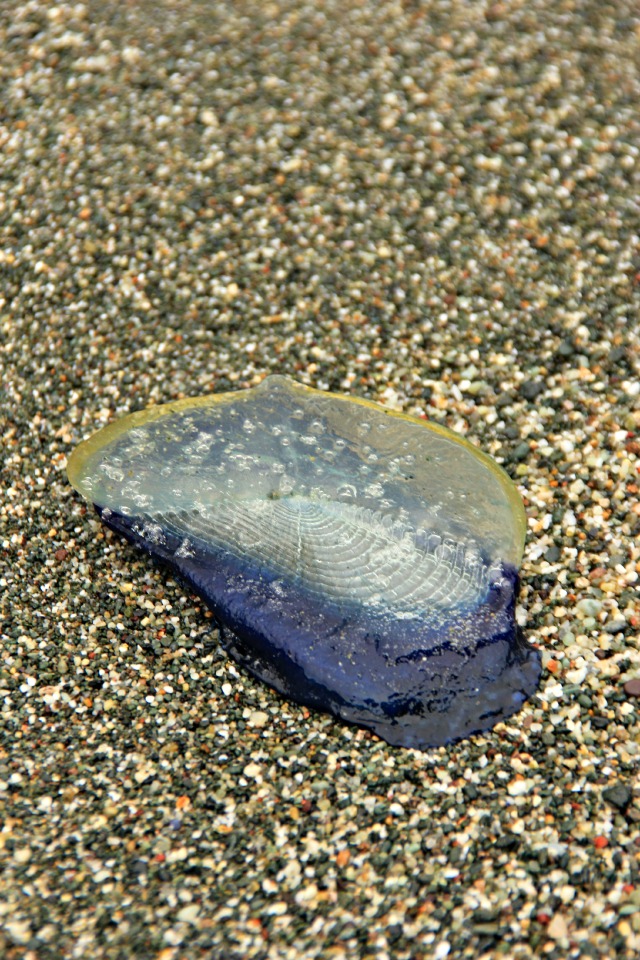 After everyone but Mark and I got stung by Portuguese man o’wars in Hawaii I have had serious anxiety about unidentified sea creatures. This dude made up for it by being so pretty, but still, we’re not friends. 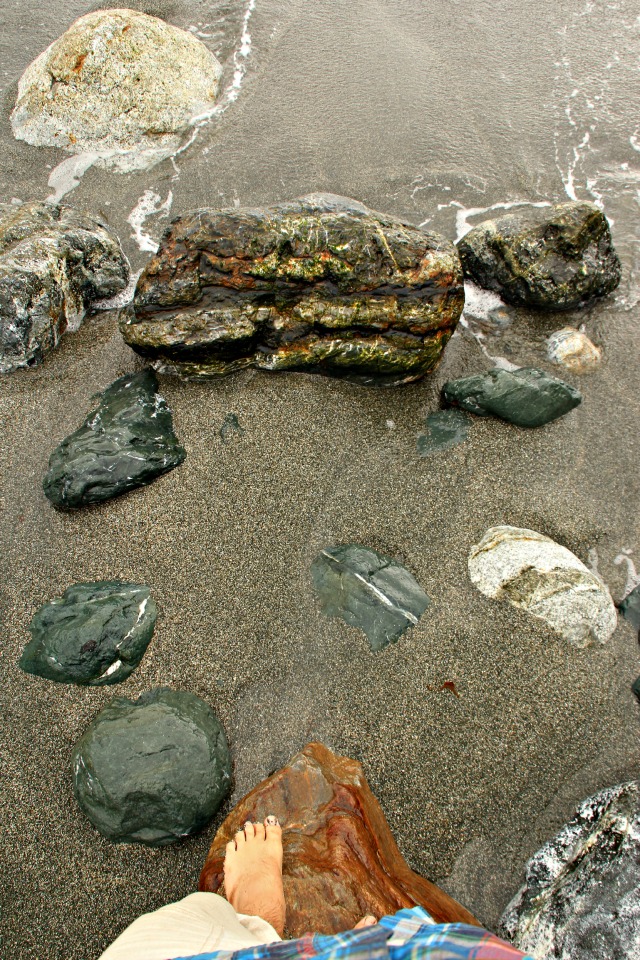 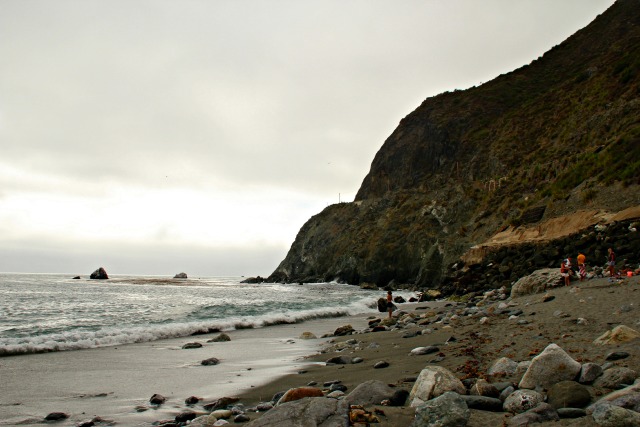 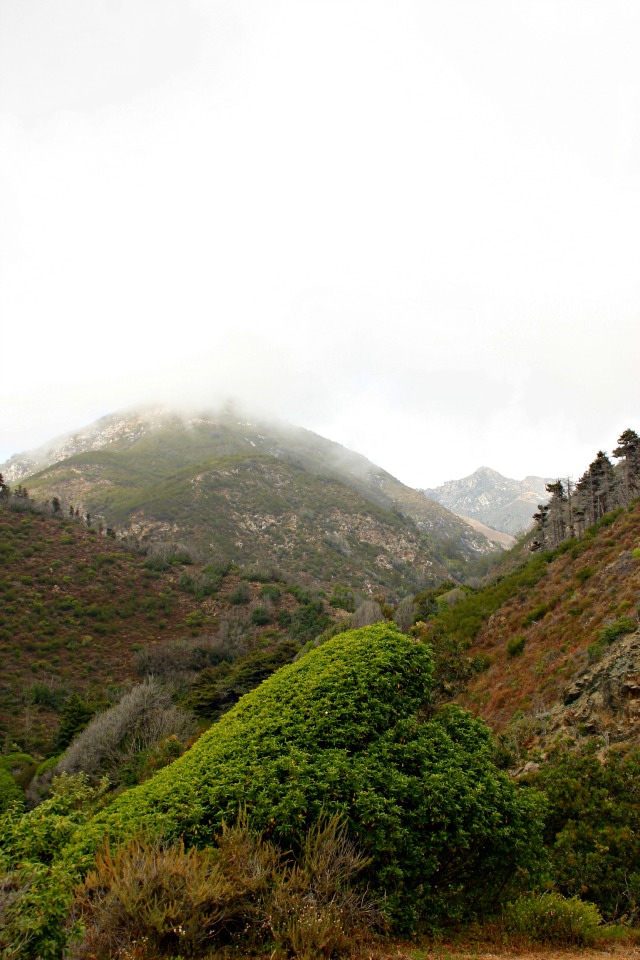 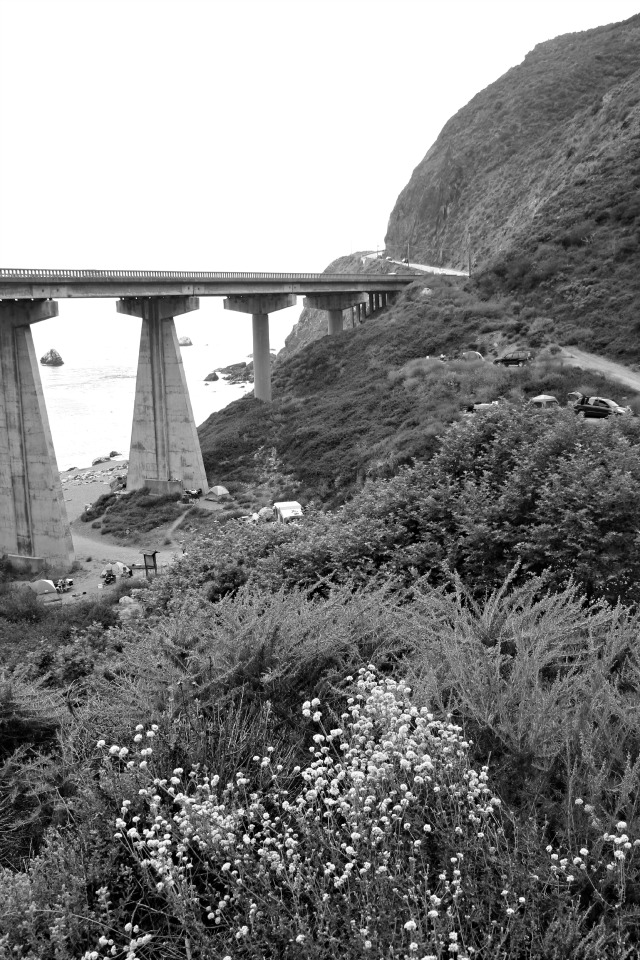 On our way home we stopped at Rocky Point Restaurant in Carmel. We were hungry, there was a sign, we turned. We honestly weren’t expecting much. We asked if they had a patio that allowed dogs, they said yes, we walked around to the back of the restaurant and BAM! The most amazing view of the ocean EVER. And it was all ours. We had just spent the past two days eating nothing but hot dogs and s’mores so oysters and champagne seemed like the perfect way to end our trip. 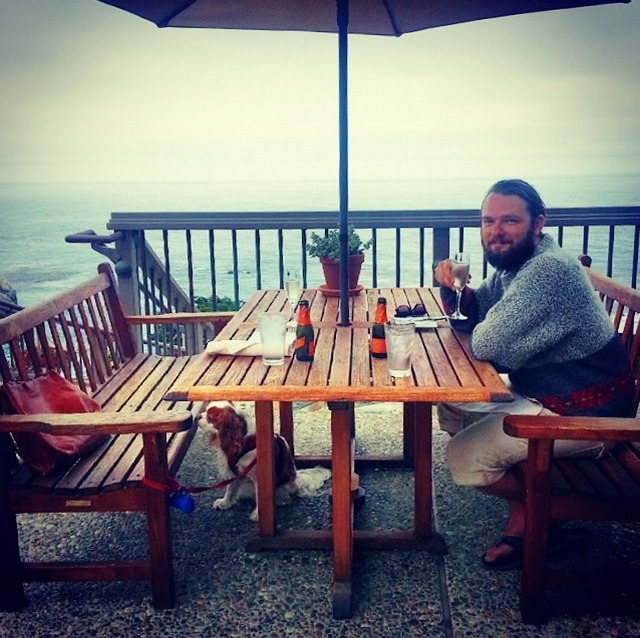 There you have it. Our escape into the alternate reality that is Redwood Forestland was just what the doctor ordered. The healing powers of roasted marshmallows and beer in cans have been proven effective by me.