An Evening with the Bowerbirds 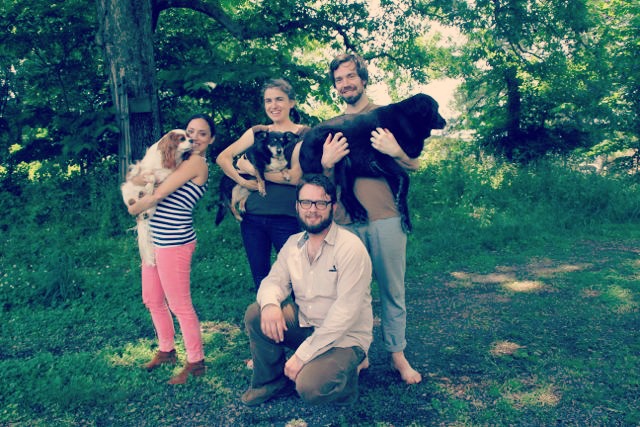 In addition to being a common bird in Australia, Bowerbirds are also a band from North Carolina. An awesome band — both ethereal and earthy, folky and new at once.

“Bowerbirds” is also a shorthand way that Katie and I refer to Phil Moore and Beth Tacular, the romantically linked couple at the heart of the band, who create beautiful music together and live somewhat ascetically in the backwoods somewhere between Charlotte and Chapel Hill.

‘You’re the hooves that lead me through the forest…’

I first heard about the band from a positive Pitchfork review, back when I used to read Pitchfork (hello, 2007). I checked out their debut album, Hymns for a Dark Horse, and commenced putting the first two tracks on just about every mix CD — that was still a thing — for the next few years. The spare percussion, haunting lyrical imagery, and “ah-ah-ah’s” on album opener, “Hooves,” had me hooked, while the accordion line, the earnestness, and the sing-along qualities of “In Our Talons” pointed to bigger things, making this a band to watch.

I bought (yes, bought) a digital copy as soon as it came out and made a copy for Katie and myself. It didn’t leave my CD player for at least a month, and the “skip” button was never pressed. It was just one of those rare albums that you can listen to start to finish. All killer.  As for Katie, I’m pretty sure that copy was still in her CD player when we sold her car before we left Detroit. 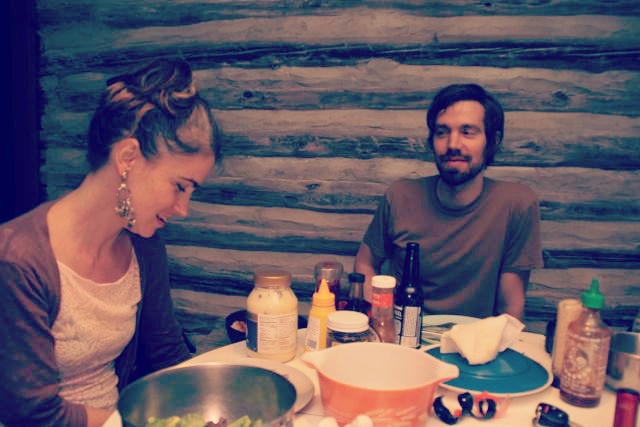 We became pretty big fans. But it just kept growing…

About an hour before we saw Bowerbirds live in Detroit last summer, we sat on the patio of the Magic Stick and dreamed up all of this: that is, getting married somewhere far away, leaving Detroit, traveling, moving to California, etc.

Katie even wrote a blog post about it the very next morning:

Last night we went to see the Bowerbirds at the Magic Stick instead of Radiohead at the Palace.  I’m so glad we made that choice because I saw something magical on that stage — love.  We drove home singing our favorite songs.  We were even still singing together in bed before we drifted off to sleep.  Just evidence that that same magic exists in this home.

Earlier that evening we made some solid life plans.  Moving, wedding, moving again, school, new jobs, moving again.  And it all feels so surreal, but still so tangible.  I’ve never really had goals like this before.  Certainly not ones that I was confident enough to believe I could attain.  But with you by my side, I know I can have everything I’ve ever dreamed of.

So we made our plans to drive across the country and I even drew up sample itineraries.

Until we hit a little snag…

The trip had to be re-routed.

See, the Bowerbirds announced a Kickstarter campaign to fund the completion of their studio and next album, and one of the prizes was this: “You and a friend can come stay on an air mattress on our floor or in a bed if it’s available, or camp on our land, for one night. We will make a nice breakfast for you. We will give you snacks at night.”

There’s no way we could NOT do that, especially when we were going to be free to travel on our way out West. The eastern destination also gave us an excuse to visit some friends in New York on the way out.

We left New Jersey on a Tuesday morning and drove the 8 hours south. 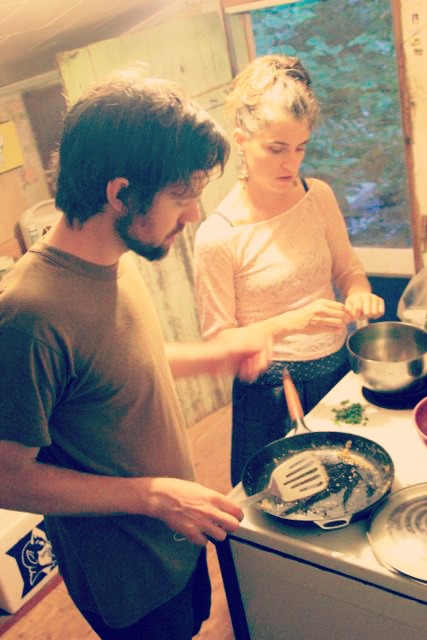 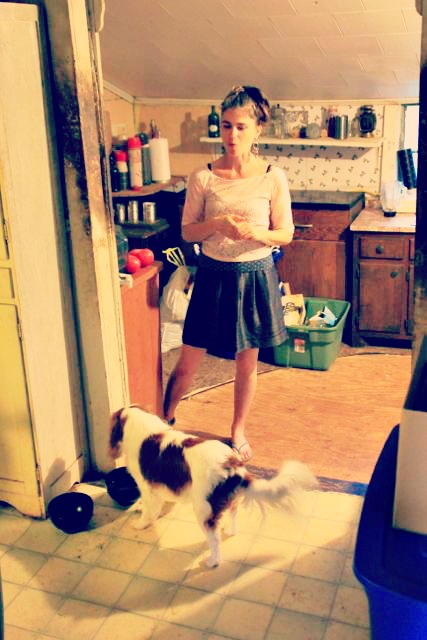 We spent a great afternoon/evening/morning with Phil & Beth. And Penelope loved their dogs, Olive & Spice, too.

We were greeted with strawberry daquiris and heard all about the three years they spent living in an Airstream trailer on the land, without running water or electricity or a bathroom. After I introduced Phil to picklebacks (a shot of Jameson followed by a shot of pickle juice), we got a tour of their in-progress studio and cabin.

They prepared a huge dinner spread for us, which we feasted on, and then the girls went to bed while Phil & I stayed up drinking and talking until about 6 a.m.

In other words, we totally bro’d out.

These were our digs: 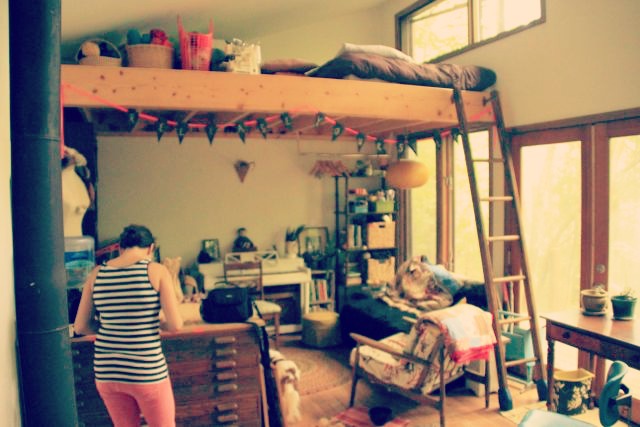 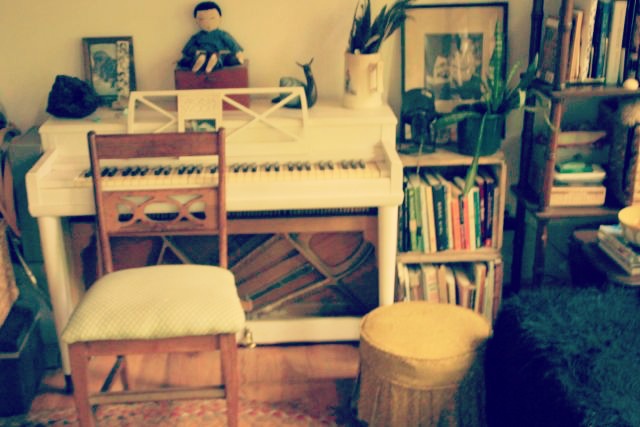 “We feel that if people were to actually see our lives first, then they would have a window into the actual songs,” Phil told Paste last year.

“Down the red dirt path, me and my true love…”

We walked that red dirt path.

“We used to see the forest, now we see the trees.”

We were in the forest that inspired that metaphor.

We learned a little bit about what makes Beth & Phil who they are, and now we can see and hear so much of it in their music.

We came as fans, but we left as friends. 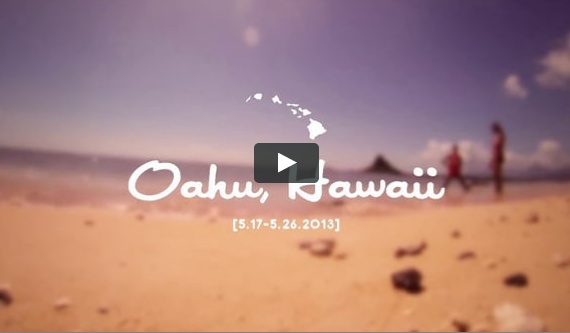 Cute Video of a Trip to Oahu

Aloha! We’re still gathering our thoughts and trying to make sense of our time in Oahu. We’ll have all sorts of …

From British Columbia to Costa Rica: A Q&A With the Dangerz

Today, we bring you a very special post — the first in an ongoing series of interviews with other travelers, …

This is a Sponsored post written by me on behalf of Aruba Tourism Authority. All opinions are 100% mine. The Dutch-ruled …